USA works on another missile attack

The cruise missile strike of the US Navy at Syrian airbase Shayrat has generated plenty of discussions in Russian and Western media. Primary attention is focused on the military-political aspects of Donald Trump's decision, as well as on consequences of this attack for international politics. However, almost no attention is paid to the military-technical aspect of the missile attack,  Nikolai Novichkov, Ph. D. in engineering believes. 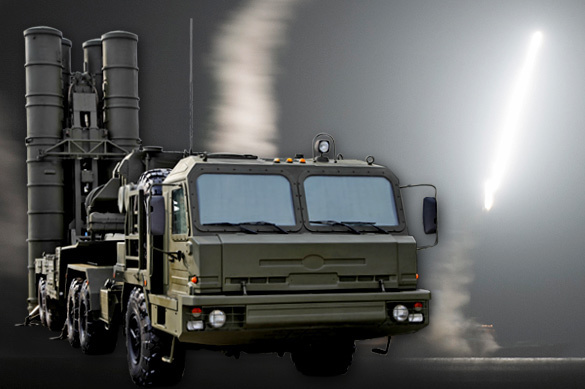 Mr. Novichkov's article on LiveJournal sites an expert opinion from military analyst Konstantin Sivkov: "Politically, an attack on the Syrian airbase carried out without prior notification of the Russian side is a signal to Moscow of what can be done to the Russian group in Syria in the event of a direct military conflict between Russia and the US in the region. Clearly, the USA would increase the number of missiles to 100-150 or even more, and they would be launched from four or five US ships."

Without going into the assessment of the combat effectiveness of Tomahawk missiles, the author claims that "the Americans can destroy all Russian air defenses at Hmeymim airbase, including the base itself with all aircraft on it."

In view of the absence of Moscow's military and political decision to intercept the American Tomahawks, Russian air defense systems in Syria were not put into action. Nevertheless, the russian military could still obtain the maximum of highly important information from the US attack on Syria.

It was also reported that US military experts registered unexpected shutdown of cruise missile guidance systems. Thus, US military experts and military journalists believe that most of the Tomahawk guidance devices were turned off by external impact, presumably by Russian systems of electronic warfare. Editor-in-chief of Veterans Today, Gordon Duff, a veteran of the war in Vietnam, believes that this could be quite possible.

According to Veterans Today, at least five Tomahawks fell in the vicinity of Shayrat, killing several civilians and injuring about 20. The other 29 Tomahawks crashed into the sea never reaching the shore. There is simply no other explanation for the loss of so many cruise missiles.

Earlier, Pravda.Ru reported that official representative of the Russian Defence Ministry, Major-General Igor Konashenkov admitted that the combat effectiveness of the American cruise missile attack on the Syrian air base was extremely low. Yet, US military officials stated that only one missile malfunctioned, whereas 58 others reached their targets.

It is worthy of note that one Tomahawk missile costs 250,000 dollars. Experts say that the United States launched so many missiles as demonstration of force, even though many of them were too rusty to reach the target.

Pravda.Ru requested an expert opinion from president of the Academy of Geopolitical Problems, the doctor of historical sciences, Colonel-General Leonid Ivashov.

"Everyone wants to know what Russian air defence groups of S-400 Triumf missile defence and S-300V4 missile battery in Hmeymim and Tartus were doing at the time when US Tomahawks were flying to Syria. The US had warned the Russian side of the attack two hours beforehand. However, Russian military officials have not released any comments on the subject, which is understandable. Has Russia intercepted any of those missiles or not?"

"I would say that the USA attacked Syria to strike a political blow on Russia and China in the first place. The Americans did not have a goal to cause significant damage to Syria. As for the assumption saying that only 23 missiles reached the target, it means that the Americans wanted to get rid of outdated weapons. The Americans do this on a regular basis - when they bombed Yugoslavia, for example. At the same time, however, they use something new, and one must always keep this in mind.

"As for Russia's S-400 and S-300 systems, they protect only Russian military facilities. They do not  protect all of Syrian airspace. Secondly, shooting down cruise missiles flying at an altitude of 50-60 meters is very difficult, even for the S-400 complex. Thirdly, one needs a political order for this. Most likely, the Russian administration did not give such an order. I'm sure that the Americans chose the routes for their Tomahawks to fly beyond the reach of Russiaan air defenses."

"US media also reported that Russia was allegedly aware of the impeding chemical attack in Idlib. As usual, there is not even one fact provided to prove that. How shall we respond to such fake news?"

"It's useless to respond. The Americans understand only the language of force. One can also take measures of political pressure to make them listen. Otherwise, they ignore any evidence. The US withdrew from the system of international law, because they are strong. It is power that dominates, and the rest, they believe, does not deserve their attention. In Syria, the Americans struck the political prestige of Russia and China.

"What will happen next?"

"I think that the Americans may strike again. They conducted their first attack on Syria at the time when Chinese President Xi Jinping was visiting the USA. The Americans can strike another blow on either Syria or North Korea at the time when US Secretary of State Rex Tillerson is in Moscow. They can do it to show their predominance over Russia. This is what they need most.