Only 23 US cruise missiles reached their target - Russian Defence Ministry

Russia's Defense Ministry assessed  the combat effectiveness of the US cruise missile strike at the airbase in Syria as "extremely low." 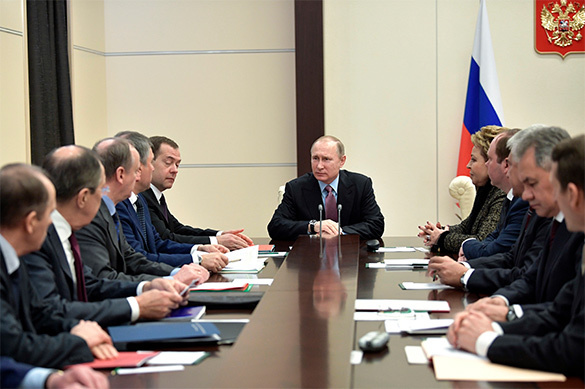 According to the Russian defense department, only 23 of 59 cruise missiles fired from American destroyers have reached their targets, official representative for the Defence Ministry of the Russian Federation, Igor Konashenkov told reporters on April 7, RIA Novosti reports.

"According to Russian means of objective control, only 23 missiles have reached the Syrian airbase. The place of the fall of the remaining 36 cruise missiles is unknown," Konashenkov said.

He specified that the US cruise missile attack destroyed a warehouse, an educational building, a dining room, six MiG-23 aircraft in repair hangars, as well as a radar station.

"Thus, the combat effectiveness of the American missile strike against the Syrian air base is extremely low," Konashenkov stated.

The official also said that the Russian Defence Ministry would conduct a complex of measures to ensure the effectiveness of Syrian air defenses to protect "most sensitive objects of Syrian infrastructure," RBC reports.

President Putin held a meeting of the Security Council of the Russian Federation to discuss the situation in Syria. The heads of Russian security agencies - Defense Minister Sergei Shoigu, Interior Minister Vladimir Kolokoltsev, FSB Director Alexander Bortnikov, as well as Prime Minister Dmitry Medvedev, Security Council Secretary Nikolai Patrushev and others - were present at the meeting.

The participants of the meeting discussed the US latest move and weighed the future of US-Russian relations after the cruise missile attack on Shayrat airbase in Syria.