The potential of US nuclear forces enables Washington to deliver a crushing preemptive nuclear strike on any potential adversary, an article published in The Bulletin of Atomic Science magazine said. The authors of the article  say that such a state of affairs undermines strategic stability in the world. 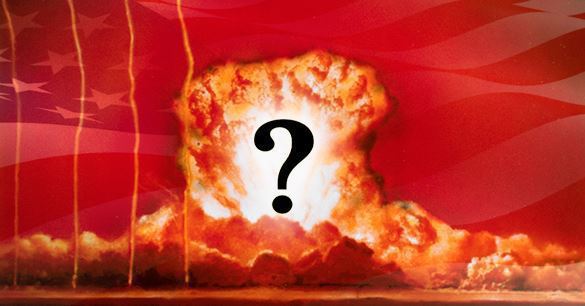 Experts Hans Christensen and Matthew McKinsey, having conducted a thorough analysis of the renovation of the US nuclear arsenal in 2009, noted that the program of the modernisation of US nuclear forces was served to the general public as efforts to ensure the reliability and safety of the nuclear arsenal of the country. The program does not have a goal to enhance its military capabilities.

"In reality, however, that program has implemented revolutionary new technologies that will vastly increase the targeting capability of the US ballistic missile arsenal. This increase in capability is astonishing-boosting the overall killing power of existing US ballistic missile forces by a factor of roughly three-and it creates exactly what one would expect to see, if a nuclear-armed state were planning to have the capacity to fight and win a nuclear war by disarming enemies with a surprise first strike," the article says.

"In the case of a Trident II 100-kt W76-1 ballistic missile warhead, the lethal distance on the ground and the CEP are roughly equal. As a result, roughly half of the warheads equipped with the old, fixed-height fuze system could be expected to fall close enough to detonate on the ground within the lethal range," the article continued.

Earlier, US President Donald Trump set out concerns about the Strategic Offensive Arms Reduction Treaty (START-3), calling it a disadvantageous agreement for the United States. However, judging from the article in The Bulletin of Atomic Science, it appears that the USA already has the advantage that Russia and China need to catch up with urgently. Is it not the case?

Deputy Director of the Institute of CIS countries, Vladimir Yevseyev, believes that one should not be dramatic about it. "I think that the possibility of an unchallenged nuclear missile strike on Russia or China is absolutely unreal for the United States. All of these calculations are related to silo-based continental ballistic missiles. China has a mobile missile system, similar to Russia's Topol missile complex. Their destruction in the first disarming strike is unpredictable, whereas the effective range of such complexes is enough to attack the United States of America in return," the expert told Pravda.Ru.

He also noted that China currently develops marine-based ICBMs. "In the short term, the sea component of China's strategic nuclear forces will be sufficient for a guaranteed retaliatory impact. Moreover, if China implements its ambitious project to build a canal similar to the Panama Canal, the penetration of even one Chinese submarine in the Gulf of Mexico will guarantee retaliation, because the United States has no real anti-missile defence systems in the region," said Yevseyev.

Speaking about the article, Vladimir Yevseyev said that the style of the article reminded him of Barack Obama's rhetoric, who called the United States "exceptional." "I think that the USA does not have any exceptionalism in the nuclear field," he told Pravda.Ru