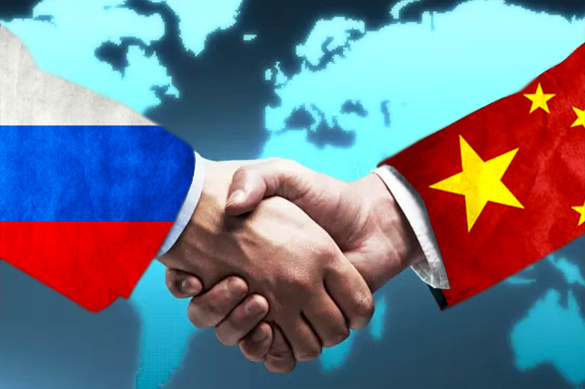 Chinese President Xi Jinping announced a wish to create frameworks for relations with major powers of the world.

Xi Jinping said at a meeting with UN Secretary General António Guterres and chairman of the UN General Assembly Peter Thompson in the Geneva Palace of Nations on 18 January that China intends to build a new model of relations with the United States, as well as a comprehensive strategic partnership with Russia.

Speaking about relations with Moscow, Xi Jinping stressed that Beijing was going to maintain a comprehensive "strategic partnership and coordination" with the Russian Federation. As for Washington, China will seek a new model of relations with the United States. With Europe, China will be engaged in partnership for growth and reforms, while unity and cooperation will be a priority for China's cooperation with BRICS members.

Noteworthy, Russian President Putin said during his address to the Federal Assembly that Russia was prioritizing the development of relations with China, Japan and India. According to Putin, Russia was switching priorities to Asia instead of Europe out of "long-term national interests" and global development trends.

"The cooperation with China and India is a search for an alternative to one-sided orientation to Western countries. Yet, this re-orientation harbors certain risks. Indeed, China is the most dynamic economy in the world, and such an alternative in the face of economic sanctions and pressure on Russia on the part of the West helps us strengthen Russia's negotiation leverage. However, China is also a very tough competitor for Russia, particularly with its global integration project known as the New Silk Road, which appears as a rival to our Eurasian Union as it attracts the countries that we want to strengthen cooperation with. For example, China has increased investment in Kazakhstan during the recent year, while Russia's investment in Kazakhstan has decreased in the last two years," Putin said.