A recent statement that US President Donald Trump made about Iran has created a stir in the world media. What can current tensions between the United States and Iran lead to? What can Russia do at this point? Pravda.Ru asked an expert opinion on the subject from deputy chairman of the committee for international affairs of the Federation Council, Andrey Klimov. 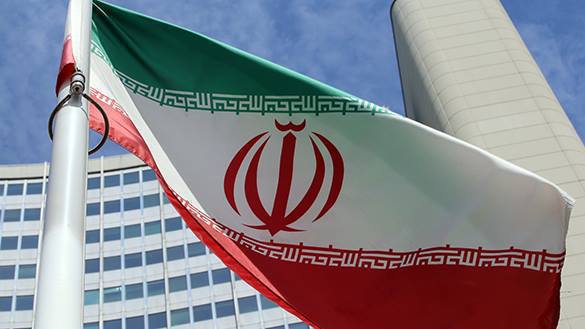 "Any country that has access to nuclear technology can take a little effort and have some political will to obtain a military nuclear component. It does not mean, though, that Iran is building a nuclear bomb. Iranian officials have repeatedly stated at a variety of international platforms that Iran needs   nuclear research solely for peaceful purposes. They have not said anything else on the subject.

"As for the Russian Federation, we have always said that we do not have any evidence to prove that Iran is building nuclear weapons. Yet, Iran, like any other country, has a necessary scientific, technical and technological capacity to develop a military component of its nuclear program, and no expert can deny that.

"Russia and Iran are destined to live side by side, and we have to take into account everything, even hypothetical situations. This applies not only to Iran. This applies to North Korea as well - this country can also use its nuclear technologies for military purposes under certain circumstances."

"How do we assess the recent statement from Donald Trump, who said that he was ready to either revise or abolish the nuclear deal with Iran? The Iranians have said before that any change of the deal would lead to its cancellation."

"During the recent 25-30 years, the United States has been maintaining ties with monarchies of the Gulf that are Sunni communities. After the revolution in 1979 in Iran, when Ayatollah Khomeini came to power, the Gulf countries suffered a psychological trauma. The trauma made them, among other things, develop a very aggressive attitude to Iran. If you remember, in 1988, they shot down a passenger plane that was flying across the Persian Gulf. They did not even apologize, and Teheran could not forget that either. By and large, the whole story is not about nuclear weapons. On the one side of the coin, there are investment interests and oil interests associated with Sunni monarchies of the Gulf, whereas moral and political events are on the other side of the coin.

"Iran's involvement in specific events of the recent past, including the Iran-Iraq war and then conflicts in the Middle East also play a role at this point. It goes about Iran's relations with Hezbollah, Israel, Lebanon and Syria. The experience of Iraq and Libya has shown that if a country does not have nuclear weapons, then they can hang ora impale their leaders. Therefore, there are countries that try to create nuclear weapons or pretend to have access to nuclear technologies to avoid such scenarios. Thus, the nuclear dossier is only a part of a broad problem in the relationship between Iran and the United States."

"Today, we can witness a paradoxical situation when non-Arab forces look into Arab problems. We can see Iran and Turkey deciding the fate of Syria. I am confident that Israel is also involved in the process. What role does Iran play in this conflict?"

"Do you think that Russia could mediate between Saudi Arabia, Sunni monarchies and Iran?"

"There is such a potential, and there are certain prerequisites for it. I personally feel that representatives of the Arab world have changed their attitude to Russia. They have changed their attitude to Russia because they could see Russia's alliance with Bashar Assad. They could see that Russia was prepared to go against the whole world to defend her interests. The Americans may change their stance on something several times in one year, and Arab countries know that."