Russia, Iran and Turkey to divide Syria into areas of influence

Syria will be divided into several zones of regional influence under a deal between Moscow, Ankara, and Tehran. As the Reuters reported, Bashar al-Assad will be allowed to be the president for some years. While after elections a less controversial candidate will be appointed. Assad, in his turn, will be let go with security guarantees for him and his family. 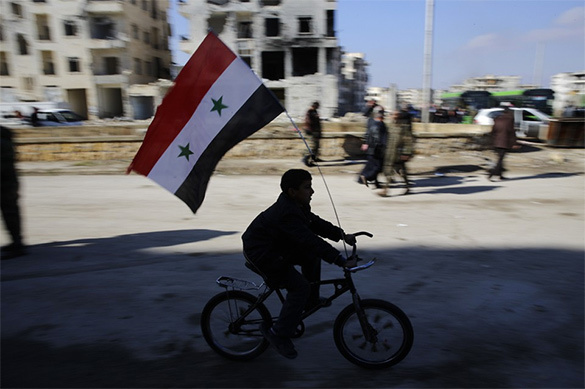 Vladimir Shapovalov, Deputy Director at the Institute of History and Politics of the Moscow State Humanitarian University commented Pravda.Ru on the issue.

The data released by Turkish media should not be taken literally. The case is about coordination of stances of three countries which have quite serious influence on events in Syria, these are Russia, Turkey and Iran. And the most important is cooperation of these countries and the Syrian Arab Republic in combating global terrorism, arrangement of peaceful life, political dialogue on the Syrian future. This agreement is extremely important for the Syrian people.

And it should be definitely agreed upon with other countries, as the Syrian conflict has gone beyond the Syrian borders and even the Middle Eastern region. There exist a lot of interested countries involved in the conflict, which support either part of the conflict. These are definitely the US, a whole range of the Middle Eastern countries, Egypt, Saudi Arabia, Jordan and others.

May Ukraine become the next country to face such settlement?

At the same time, Ukraine as well as Syria, has quite a wide field of outer actors, who take an active part in this conflict. And their stance should also be taken into account. This coordination is now taking place under the Minsk Protocol, which is sabotaged by Ukraine and is not effective, because of one-sided stance of the Western participants as well, that is of France and Germany. It is evident, that significant efforts of the international community are needed. The US should also join, as the current Kiev authorities are looking not only at leaders of the European community, but the US as well. The new US Administration may give a new impulse.

One more impulse may take place after presidential elections in France. I hope that stance of the new French president on the Ukrainian crisis will be more fruitless.