The Trump show: Next act - impeachment?

The ranking of the new US President has been declining steadily. Discussions about the possible impeachment of Donald Trump do not seem surprising anymore. Bookmakers have started taking bets for the imminent resignation of the 45th President of the United States of America. 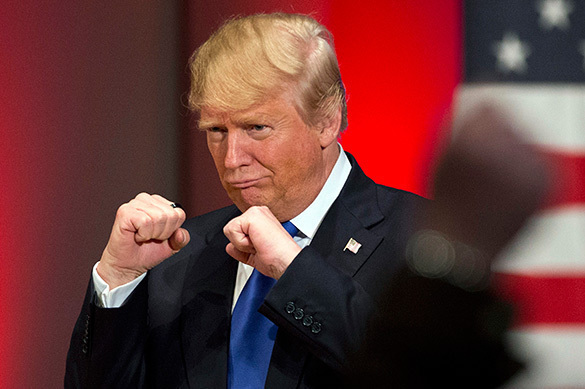 Pravda.Ru requested an expert opinion about a possibility for such a development from president of the American University in Moscow, Eduard Lozansky.

The fight between Donald Trump and the so-called US establishment and mass media has been gaining momentum. Everyone was expecting the fight to fade for a while to give Trump an opportunity to show what he can do at least during the first 100 days of his stay in the office.

I do not think that it will come to impeachment, because this is an extremely rare phenomenon in  the history of America. We know only two attempts, and they both failed. It happened in 1890 in the House of Representatives, and then there was a fresh example with Bill Clinton.

To impeach president, one needs to receive the support of two-thirds of the Senate. Given that the Republican Party will not go for it, chances for such a development are slim. I would even say that it is excluded.

Yet, it does not mean that Trump will be able to avoid other problems that his opponents will be trying to put in his way. This is very sad, because Trump is still unable to make significant steps to fulfill his campaign promises.

Trump has his supporters too. His rating has been declining indeed, but he still enjoys the support of many Americans. He has recently embarked on a journey back to his reelection campaign, he is revisiting it. About 2,000 people have recently gathered to express their support for President Trump in Florida. He tries to revisit his campaign instead of working. Let's see where all that will take him. I remain cautiously optimistic.

Neither stages can be possible, because Republicans make the majority in both the House of Representatives and Congress. There are Trump adversaries there, such as John McCain. The question about impeachment will stay around, but I think that Donald Trump will have his four years.