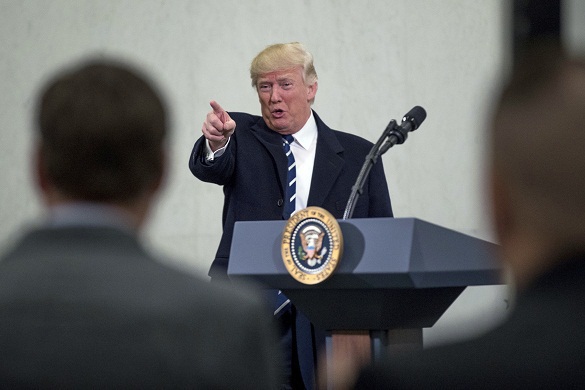 "I will not be attending the White House Correspondents' Association Dinner this year. Please wish everyone well and have a great evening!" Donald Trump tweeted.

The tradition of holding an annual dinner with representatives of the White House Correspondents Association appeared in 1920. Usually, president and vice president attend the evening. This year's event will take place on April 29.

A couple of days ago, journalists representing such authoritative publications as CNN, The New York Times, Los Angeles Times and Politico were not allowed for "no cameras" briefing in the White House. Representatives of The Associated Press and Time magazine boycotted the briefing.

Recent relations between US President Trump and US media leave much to be desired. Trump has called a number of US publications "enemies of the people".

During his first press conference as head of state (on January 11), Trump refused to answer questions from a CNN reporter and accused the channel of generating fake news.