After nearly 20 years of NATO bombing of former Yugoslavia - then only Serbia and Montenegro - in 1999, the actions of the Western military force spread throughout the world. From Slovenia to Bosnia, the then land of the southern Slavs, home to distinct ethnicities and religions living harmoniously for 40 years, Was quartered and drowned in blood. 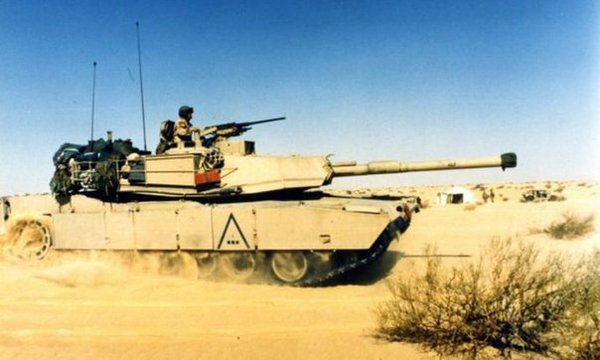 With the excuse of protecting the civilians of the rebel province of Kosovo from the supposed Serbian persecutions, the West supported the group considered terrorist Army of Liberation of Kosovo and, perceiving its inefficiency in the division of the country, intervened directly. It was NATO's first military action in its 50 years of existence, even after the end of the Cold War - which had been the reason for its creation.

Thousands of innocent civilians were killed by daily bombings in Belgrade and other regions.

NATO's war against Yugoslavia was the latest in the series of wars the country experienced during the 1990s. From Slovenia to Bosnia, the then land of the southern Slavs, home to distinct ethnicities and religions living harmoniously for 40 years, Was quartered and drowned in blood. Then NATO's direct attacks ended up destroying the country.

The monitoring of the press was a decisive factor for the bombing to occur. For years the Serbs and their president, Slobodan Milosevic, had been accused of being criminals and oppressors - although the Hague Tribunal itself acknowledged that such accusations were an exaggeration.

According to journalist Mário Augusto Jakobskind, at the time editor of "Tribuna da Imprensa" newspaper in Rio de Janeiro, Brazil, media coverage during the wars in Yugoslavia "was generally a biased coverage in which the single-minded scheme prevailed and in which information, as happens in wars in general, was also a great victim."

In this interview, Jakobskind, who is also a historian and author of the book "Yugoslavia: New World Order Laboratory," evaluates the war news and compares NATO's actions in that event with its subsequent interventions around the world.

What did the war in Yugoslavia, at the end of the twentieth century, represent in historical terms?

Somehow it was a Western rehearsal, more precisely of the North Atlantic Treaty Organization (NATO) and not the Western Alliance, as Brazilian TV news says, of the subsequent action in Libya a few years later and in other countries such as Iraq, for example.

Has globalization, instead of dissolving borders, contributed to the exacerbation of nationalisms?

In addition to the coverage of the Kosovo War, did you follow the news of previous wars in other regions of Yugoslavia? How do you assess media coverage in these pre-Kosovo conflicts?

In general, it was a biased coverage in which the single-minded scheme prevailed and information, as happens in wars in general, was also a major victim. One concrete example occurred with the Yugoslav leader Slobodan Milosevic, who was arrested and beforehand convicted without even being tried. About ten years later, when he was already dead, the Hague Court cleared him of the accusations that he had been responsible for "genocide." The media generally compared him to Adolf Hitler. And the same media, both national and international agencies, were practically silent about the Hague Court verdict.

Were both the Brazilian and the international news media biased in the Kosovo War? Were there differences in coverage?

The national news, with rare exceptions, among which the then newspaper of Rio de Janeiro, Tribuna da Imprensa, reported a biased war against the Serbs.

Why was Brazilian coverage biased? What interests were there?

The unconditional alignment with the news of the international agencies, mostly North American, English, French, German and Spanish, has been a constant in international press releases. And that has happened in the episodes mentioned (Yugoslavia, Kosovo, Milosevic etc), and as well, it continues in the present time, even with respect to the neighboring Venezuela. Automatic alignment has been a constant factor.

It seems to me that in the pre-Kosovo wars the media demanded UN intervention in Yugoslavia. After the UN began intervening, it was heavily criticized because it would be colluding with Serbian "atrocities" and part of the media called for Western military action. Do you think that was part of the strategy to get NATO to bomb Yugoslavia in 1999, ignoring any decision by the UN?

Everything was outlined beforehand, because the goal was always NATO intervention, under the command of the Pentagon.

Who was interested in dividing Yugoslavia? It's because of what? What is the media relationship with this?

I think the question is already answered. The interest of Europe and the United States was in that sense. Historical facts make it very clear. Media coverage broadly completed the scheme.

Do you see similarities between media coverage in Yugoslavia and in other countries that have experienced conflicts or crises in this 21st century?