NATO is a whole bunch of countries. Alliance members did not join NATO to die for it. They joined NATO to receive its protection. Can NATO actually protect NATO members? Let us try to look at what NATO actually has for the purpose. 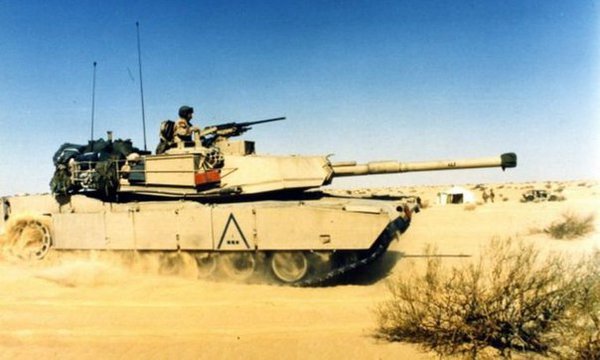 NATO's flagship in Europe is, of course, Germany. If one looks at the army of Germany, one will not be able to believe their eyes. Judging by the materials from the most recent edition of Military Balance, Germany owns 306 tanks, mostly all of them are outdated. The country has not been producing tanks since the 1990s. The newest German tank is 26 years old.

Let's take a look at German artillery systems - PzH-2000 (Panzerhaubitze 2000 ). This is a good howitzer. Bundeswehr has 99 of them.  How can Germany protect anything with that amount? German's MLRS is the American Raketenwerfer MARS that a Russian Uragan can destroy easily, and we will not even mention the Smerch system not to defame the German MLRS completely, even though German has only 38 of those system vs. Russia's 900 Smerch systems.

Let's take a look at NATO's all-mighty aircraft. The Eurofighter is a four-generation aircraft. Only 180 of them were ordered, but only 55 of them can perform combat duties. The Tornado is a bomber fighter from the 1970s. According to the 2015 report from the German Defence Department, the German Air Force has 93 Tornado aircraft. Sixty-six of them are in operation, but only 29 of them are capable of performing combat duties. This is nothing but a flying rustbucket against a strong air defence system. Surprisingly, this is it. There is no other combat aircraft in the German Air Force - no bombers, no strike aircraft, nothing. For comparison, Russia has 393 Su-27 aircraft, and it goes about only this particular model. The Russian Air Force has been rearmed with fourth-generation aircraft, save for the Su-24M. Does NATO have bombers of comparable performance?

What about helicopters? There is the Tiger helicopter - a two-seated abominable chopper that even the Bundeswher did not want to buy. An armoured Tiger helicopter weighs twice as less as the Russian armoured Mi-28. Tiger must wear some sort of invisible and weightless armour. How many Tigers are there? The answer is predictable - 37.

There is also the Bo.105 - a civil small plastic helicopter armed with TOW missiles. Germany has 83 of those choppers.

For comparison, the Russian Federation has more than 200 Mi-24 helicopters, over 54 armoured Mi-28, the production of which still continues. The list goes on with 300 Mi-8 helicopters of various modifications.

What about German air defence? Surprisingly, there is no such thing at all. Roland SAMs of all generations were decommissioned in 2012.

Fifty ASRAD complexes is only a mockery of common sense. These tracked systems have no guns, but a pack of IR guided Stingers - MANPAD missiles! The range of guided weapons and helicopters considerably exceeds the range of ASRAD systems.

In general, the state of affairs in the armed forces of the United States is pretty much the same. Here are just a few interesting facts:

1. The USA has not been producing Abrams tanks since 1993. The newest Abrams tank was made 23 years ago.

2. As for artillery, the USA does not have anything that would be comparable to the Smerch system. There's the Paladin with bag loading and screw breechblock that no one uses anymore.

3. Air defence: Linebacker is a modernised version of Bradley with a pack of Stingers. There is a similar upgraded version for HUMVEE, but it remains unclear how those system can guarantee any sort of defence.

4. Aviation. The production of F-22 aircraft is closed. There's the F-35 that has received more than 1.5 trillion dollars, but is still unable to land properly or shoot when airborne. It was announced as a fifth-generation aircraft, but it can hardly be a fourth-generation plane.

NATO can not take part in serious, even non-nuclear conflicts, because there are no proper weapons for the purpose. We will not say anything about the Shanghai Cooperation Organisation that has such powerful members as China and India. We would hurt the feelings of NATO members  too much otherwise.