Hamadan: Russia in and out of Iran

The news about the Russian Air Force leaving the Iranian Hamadan air base came as a surprise.  Indeed, the Russian aviation started bombing the Islamic State in Syria from the Iranian base a few days ago. Many assumed that the deployment of Russian military aircraft in Iran came as a sign of a higher level of military and political partnership between Russia and Iran. All of a sudden, it was reported that Russia was not using the Iranian base anymore. What happened? 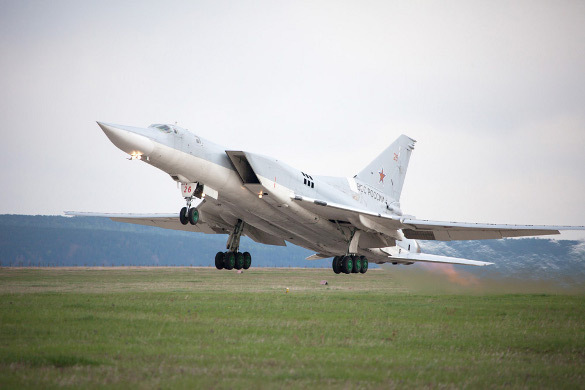 In fact, I would not see a big surprise here. When dealing with Iran, one does not need to be too credulous, even if Russia and Iran share common goals in Syria.

Suffice it to say that Iran has no consensus about the permissible extent of partnership with Russia. This was fully demonstrated during the parliamentary debate on the use of the air base in Hamadan by the Russian military. A significant part of Iranian MPs were against it. They referred to the Iranian Constitution, which prohibits the provision of the national territory to foreign military bases. The leaders of the country then had to prove that the admission of the Russian military aviation to Hamadan was strictly a temporary measure. Nevertheless, there is no doubt that such an explanation was not satisfactory for all. To crown it all, there are many people in Iran who are directly opposed to building close cooperation with Russia.

Noteworthy, the Iranians were offended by Russia's "non-gentlemanly behavior" in this matter. Tehran believed that Russia would keep the use of the base in Hamadan a secret. Iran did not understand the exaltation in the Russian media. Apparently, publicity was not part of their plans.

However, Moscow was forced to publicly acknowledge its presence in Hamadan. It was Foreign Minister Sergei Lavrov, who admitted it, as he was commenting on statements from Washington officials, who said that the deployment of Russian military aircraft in Hamadan could violate the embargo on the supply of combat aircraft to the Islamic Republic of Iran. It was the Americans, who made the adequate information appear for the general public. This is a very important fact, in my humble opinion.

In this context, I would assume that the story of Hamadan can show Washington the existence of powerful forces in Teheran that are prepared to turn their back on Russia.

Iranian President Hassan Rouhani said, for example, that his country had already developed its own system of long-range air defenses and will soon be able to waive relevant supplies from abroad. Rouhani alluded to the fact that the shipment of the Russian S-300 air defense system may be the last.

The strange situation around Hamadan may indicate that Iran is not too much reliable a partner. Tehran has its own interests, and Iranian policy-makers are very good at maneuvering. There is a line of countries that want to be friends with Iran - Russia is not alone on that list.

In this regard, we should pay special attention to China that demonstrates an intention to be actively involved in the operations in Syria on the side of President Bashar Assad, and therefore, on the side of Russia and Iran.

It is also possible, though, that China may strengthen the positions of the Iranian officials who are opposed to the development of cooperation with Russia. For example, China could help Iran build its own air defense systems and other types of hardware. It would be logical to expect them to compete for the minds and hearts of Iranians, many of whom, incidentally, do not mind friendship with their "sworn enemies" - the Americans.

Noteworthy, it was announced a few days ago that China set up its army base in Djibouti, in close proximity to Yemen. Yemen is a zone of special interests for Iran: in Yemen, Iran supports the forces that show resistance to the Saudi coalition. China's emergence as an ally of Tehran at this point may have far-reaching consequences.