The CIA, the NSA and the FBI have published a joint report on Russia's intervention in the recent presidential election in the United States. 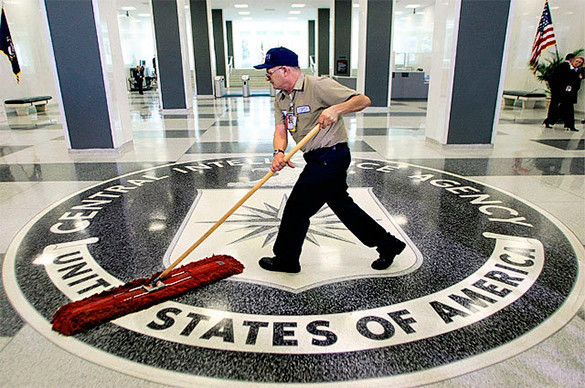 According to representatives of security services that have worked on the document, they could confirm the fact that the Russian authorities had tried to put obstacles on Hillary Clinton's road to presidency by "tarnishing" her image in the eyes of American citizens. The goal of the Kremlin, the report says, was to undermine the democratic process in the United States.

Moreover, the authors the report claimed that it was Russian President Vladimir Putin, who  personally ordered to conduct the above-mentioned campaign. In cooperation with the Russian government, Putin supposedly tried to raise Donald Trump's chances for victory, the US intelligence believes.

The document states that Russia could access electoral commissions in the United States. At the same time, the authors acknowledge that the systems that the Russian hackers allegedly attacked were not related to vote counting.

A significant part of the report is devoted to the activities of Russian mass media outlets Sputnik and the RT, which, according to US security services, purposely exposed Hillary Clinton in a negative way, focusing on the email scandal and rumours about the state of her health.

The US intelligence also indicates that after the Summer Olympic Games, Russian hackers chose the World Anti-Doping Agency (WADA) to be one of their targets. In particular, the report says, it was the Main Intelligence Directorate (GRU) of the Russian Federation that masterminded the leakage of information about the US athletes, who used  banned drugs.

The report says that it was the GRU that used the identity of the hacker known as Guccifer, as well as DCLeaks.com website, to publish the information obtained as a result of hacker attacks. The GRU also hacked the US Democratic National Committee and delivered the obtained data to Wikileaks, the report adds.

Even after the US elections, Moscow, according to US intelligence, tried to hack into US-based American expert centres and non-governmental organisations in the field of national security, defence and foreign policy. This was done to collect materials that could be subsequently used to affect US internal affairs, the document runs.

"Russian efforts to influence the 2016 US presidential election represent the most recent expression of Moscow's longstanding desire to undermine the US-led liberal democratic order, but these activities demonstrated a significant escalation in directness, level of activity, and scope of effort compared to previous operations," the authors of the report concluded.

US special agencies have been looking for evidence to prove facts of the Kremlin's and personally Vladimir Putin's intervention in the US election process for months. Yet, none of the agencies have been able to provide any evidence - the three agencies could only make a number of unfounded accusations.

President Vladimir Putin commented on the accusations and said that the materials that the hackers exposed contained nothing that could fall within the scope of Russia's interests.

It was said that US intelligence services tapped phone conversations of several Russian officials, in which they congratulated each other on Donald Trump's victory in the US election. This is considered to be a compelling piece of evidence to prove Russia's interference.

Wikileaks has commented on the report about the Kremlin's hand in the US election.

"US government's declassified "Russian hacking" report has the curious disclaimer that it is based on watching TV and reading Tweets," the tweet from the organisation said. "Some  of our judgements about Kremlin preferences and intent are drawn from the behaviour of Kremlin-loyal political figures, state media and pro-Kremlin social media actors, all of whom the Kremlin either directly uses to convey messages or who are answerable to the Kremlin," the disclaimer of the report runs.

The most recent report follows the previous one, about the hacking of the servers of the US Democratic Party. The previous report, like the recent one, contained no evidence whatsoever. Instead, the document listed the rules that supposedly allowed to expose actions of the Russian cyber intelligence. For this purpose, the report describes Web Kit PAS Tool PHP malware programme. As it turned out, the programme was available on the Internet. At the same time, the report referred to an old version of the programme.

"The U.S. intelligence community is making a spectacle of itself under political pressure from the outgoing administration and some Congress hawks. It ought to stop doing so. It's impossible to attribute hacker attacks on the basis of publicly available software and IP addresses used," Bloomberg analyst Leonid Bershidsky wrote.