The name of the new Prime Minister of France  is Bernard Cazeneuve. Etymologically, this name means a "new house." Is the house new, though? Bernard Cazeneuve, who formerly served as the Minister for Internal Affairs, appears to personify tranquility at its finest. 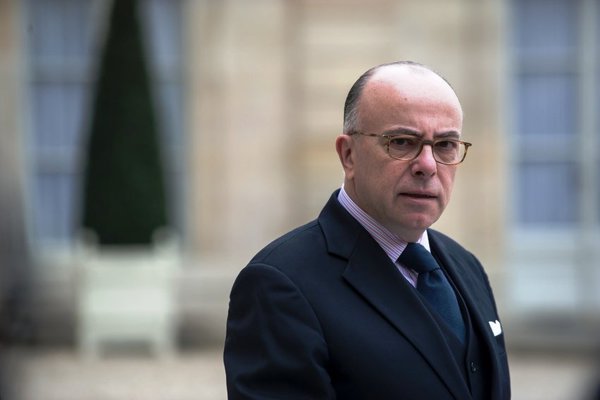 Many consider him a "technical prime minister" at the end of the presidential mandate of François Hollande. Indeed, the new prime minister is not a strong political figure. There are no high-profile political scandals in his career. Unlike Jacques Chirac, for example, who once served as the Mayor of Paris, Cazeneuve has never presented public apartments to attractive females. He has never used official transport means for his personal needs either.

Bernard Cazeneuve appears to be a good administrator, who knows how to be thick-skinned and how to stay inconspicuous. This quality is much more valuable in politics than real competence or higher education.

Cazeneuve graduated from the Institute of International Relations in Bordeaux. Usually, would-be policy-makers finish this institute in Paris. He failed to join the High Academy of Management - the academy that produces governmental officials in France. For many years, Cazeneuve  had been following the Socialist Party, which he joined in 1987. Laurent Fabius, a prominent Socialist, who, among other things, served as the Foreign Minister of France, took Cazeneuve under his wing.

He can be described as a humble and careful executor in the apparatus of charismatic party members. The West used to be found of talking about "men in gray" in the apparatus of the USSR. Nowadays, however, this category of politicians is quite numerous in the West as well.

Cazeneuve is a good representative of this generation of politicians. On April 2, 2014, he was appointed the Minister for Internal Affairs of France. Such a post does not accept inaction, especially in view of the terrible terrorist attacks that shook France in Paris and Nice. Yet, Cazeneuve has still managed to remain inconspicuous. He had to chair the Interior Ministry of France in the era of the state of emergency in the country (was introduced in October 2015 and remains still valid). However, Cazeneuve did not even bother to increase the number of police officers in France after Nicolas Sarkozy cut the national police forces by 10,000 people.

Perhaps the most striking aspect of his parliamentary career was an attempt to address the issue of the 2002 terrorist attack in Karachi, Pakistan, when the attack resulted in the killings of several French citizens. Then Foreign Minister of France Michel Allo-Marie did not let Cazeneuve access state secrets.

Cazeneuve remains committed to the immigration policy of the Socialists. When the Minister for Internal Affairs, he was doing his best to increase the number of refugee centers. He took an active part in the accommodation of the hooligans, who had been poisoning the life of the city of Calais for a year. The rampant migrants were eventually accommodated in various French provinces, to the delight of local residents.

Cazeneuve had no objections about the law from March 7, 2016 that expanded the status of refugees. On 1 August of 2016, Cazeneuve spoke in favor of mandatory full-fledged acceptance of all refugees who come to France. Many journalists wrote afterwards that the Ministry for Internal Affairs thus decided not turn a blind eye on border security and protection of national sovereignty.