China resorted to tough rhetoric at a meeting of the UN Security Council and blocked a resolution on Aleppo. China's ambassador accused the West of unleashing the war in Syria. China is mad  because Trump accused Beijing of protectionist policies and made it clear that he would establish relations with Taiwan. Russia may take advantage of the aggravation of relations between the US and China. 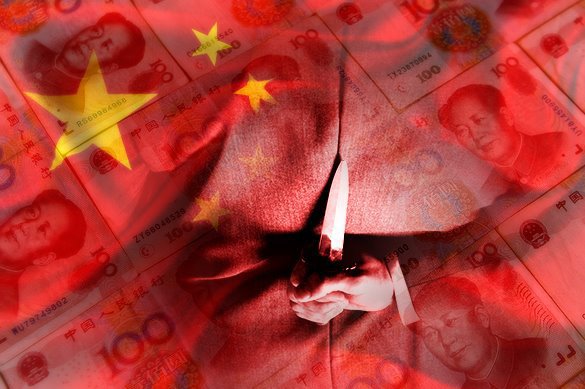 The resolution put to the vote on 5 December called for a cease-fire in Aleppo for at least seven days, including strikes on positions of en-Nusra and ISIL terrorist groups (banned in Russia).

"Russia and China have chosen to veto not because of a lack of consultation, but because of their long-standing, misplaced faith in a despot who has killed nearly half a million of his own people," UK Ambassador Matthew Rycroft said.

China's permanent representative to the United Nations Liu Jieyi asked Rycroft not to "poison the atmosphere" of the council by distorting other countries' positions. He stated that the Syrian war and the events of the so-called Arab Spring commenced due to the negative involvement of the West.

China resorted to tough rhetoric after Donald Trump broke the taboo of diplomatic dialogue with Taiwan for the first time in 37 years and spoke directly on the phone with Taiwan's President Tsai Ing-wen - the first woman as the head of the Republic of China, who brought the Democratic Progressive Party (DPP) to victory in January 2016 elections. Historically, the DPP has always advocated Taiwan's independence on China and rejected the policy of "one China."

A statement from the group of officials responsible for the transfer of power in the United States, said that Donald Trump and Tsai Ing-wen discussed "close relations in the field of economics, politics and security."

"Did China ask us if it was OK to devalue their currency (making it hard for our companies to compete), heavily tax our products going into their country (the U.S. doesn't tax them)," Trump tweeted on Sunday. "Or to build a massive military complex in the middle of the South China Sea? I don't think so!" he continued.

Representatives of the Chinese Ministry for Foreign Affairs said that China sent a note of protest to Donald Trump. Washington broke off diplomatic ties with Taiwan in 1979 and supported Beijing's concept of "one country, two systems", according to which Taiwan remains a part of China. However, the decision did not stop the USA from making investments and supplying weapons to Taiwan. In 1995, the United States welcomed Taiwan President Lee Teng-hui. The move infuriated Beijing, having pushed the country to missile firing exercises in the Taiwan Strait. The crisis continued for eight years and stopped after President Bill Clinton sent warships to the region to calm China down. Today, however, is not the time when other strong nations should be afraid of America. China is a strong military and economic power, and Donald Trump's tweets frightened many.

"Trump's China-bashing tweet is just a cover for his real intent, which is to treat China as a fat lamb and cut a piece of meat off it. Trump wants to revive US economy, but he knows that his country is not as competitive as it used to be. He is trying to pillage other countries for the prosperity of the US," the newspaper wrote in its editorial. "China should brace itself for the possible fluctuations of the Sino-US relationship after Trump is sworn in. We must confront Trump's provocations head-on, and make sure he won't take advantage of China at the beginning of his tenure. This initial period will set the foundation for the Sino-US relationship in the next four years," the article continued.

Such a radical shift in foreign policy could provoke not only a military, but also an economic confrontation with China that will not be easy to win. During the presidency of Xi Jinping, China has stepped up expansionist policies in economy. China has created the Asian Infrastructure Investment Bank (AIIB), which attracted 57 countries despite strong opposition from the United States. Practically all of those countries are US Asian allies, excluding Japan. Chinese investments gradually conquer Africa and Latin America. The country promotes its new global project too, the new Silk Road.

China may veto other US initiatives in the UN Security Council, for example, a resolution against the proliferation of North Korea's nuclear weapons or the sanctions policy against Iran. Yet, it is obvious that cooperation with Taiwan will allow Washington to contain China's ambitions in the South China Sea. Analysts believe that such a state of affairs may eventually develop into an armed conflict.

Xi Jinping will make Trump choose between Taiwan and China. The confrontation between the two major powers would distract Washington from confrontation with Russia and encourage China to support Russia at the UN Security Council.

"Donald Trump's promise to put economic pressure on China is really difficult to fulfill, - Nikolay Kotlyarov, director of the University of Finance of the Russian-Chinese Centre of the Government of the Russian Federation told Pravda.Ru. - The economies of the two countries are intertwined. That's more than $600 billion in turnover. Should relations between China and the United States aggravate, the Chinese will find a way out - they will look for partners in Europe."