Lame duck Obama will not stop the Russian fleet 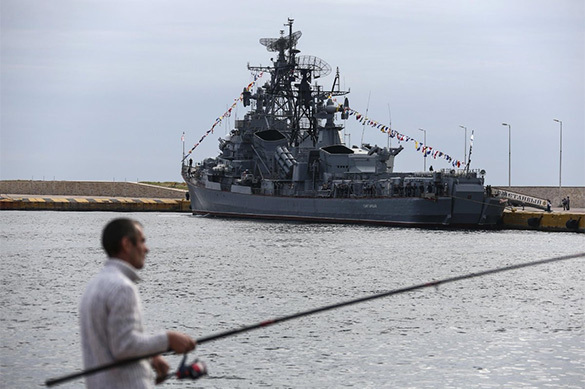 "I do not think that this could be possible. Closing the ports of Greece is complete nonsense, and I do not know who came up with this story. Most likely, it was just another leak to annoy Russia and create tensions between Russia and Greece. Obama is not even a lame duck now - he is a man who leaves his job in two months. No one in Europe will follow his advice or orders. Greece has a completely different mindset and absolutely different plans about its relations with Russia."

"Do you think Greece will lift the veto for Macedonia's incorporation in NATO?"

"I do not think it will happen. Europe does not know what steps Trump is going to take. Europe is waiting, and there will be no abrupt moves made, especially in relation to Russia. If Greece closes its ports, it will lose another source of income, and Greece's financial position leaves much to be desired."

"On October 15, a naval aircraft carrier group of the Northern Fleet of Russia set off for a mission in the Mediterranean region. The group consists of the Admiral Kuznetsov aircraft carrier, Peter the Great nuclear-powered missile cruiser, Severomorsk and Vice-Admiral Kulakov antisubmarine ships, as well as maintenance ships. Spain agreed to accept Russian warships bound for Syria for service in Ceuta. The move sparked outrage as Spain is a NATO member that had recently signed the EU statement about "Russian war crimes in Syria."

"When they found out that our fleet was going to Tartous, to its base in Syria, Spain refused to accept the Russian warships. Generally speaking, this is a routine practice. Since 2011, we've stopped at the port of Ceuta, a Spanish city in Morocco, 50 times," the Dean of the Faculty of Economics and Social Sciences, Alexander Chichin told Pravda.Ru.

According to him, Spain was forced to decline the Russian ships entry to its port. The Spaniards say now that they should have declined at once, without a reminder from NATO. "Clearly, Russia would have paid for the presence of its warships in Ceuta, but who cares? Spain was forced to refuse," the political scientist said.

Noteworthy, Russia notified the Spanish authorities about the intention not to call at the port of Ceuta. The expert believes that Russia saved Spain from a confusing diplomatic situation, having abandoned the earlier achieved agreement.