The Russian Aerospace Forces operation in Syria has revealed some constructional deficiencies in the Russian military equipment, the Minister of Defence Sergey Shoygu said. 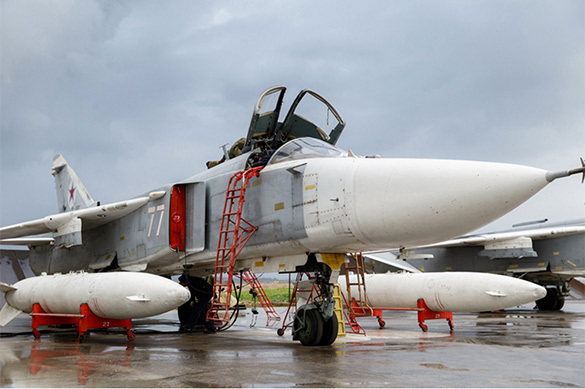 'In course of apply of the military equipment in the Syrian Arab Republic a range of constructional and manufacturing deficiencies was revealed,' head of the Defence Ministry noted.

'We've gained practical experience of long-range precision-guided weapon shelling from ships and submarines in the Caspian and Mediterranean Seas. Aircraft of the strategic aviation have applied new H-101 air-based missiles with the range of up to 4,500km for the first time in real combat,' the Minister added.

Before that the Russian Defence Minister Shoygu reported that Russian state-of-the-art weapon had showed its reliability and efficiency in course of operation in Syria. However, perfection knows no limits, as they say. All the drawbacks will be taken in to account and modern equipment will be updated in the nearest future.

'During the year-long operation in Syria we have managed to stabilize situation in the country, liberate significant part of its territory from band groups of international terrorists, arrange operation of the Russian Centre for Reconciliation of Opposing Sides,' Shoygu claimed.

'In course of operation the Russian Aerospace Forces carried out strikes on crowded places of fighters and their infrastructure, delivered humanitarian cargoes to residents of Syria,' the Defence Minister pointed out.

As Pravda.Ru reported, operation of the Russian Aerospace Forces was started on 30 September 2015.

Thursday an official representative of the United Instrument Manufacturing Corporation revealed that a new weapon was developed in Russia, which has no analogues in the world. It has also been successfully tested.

The case is about some developments of radars based on 'new physical principles'. First samples were shown in September 2016 during closed show of the Army-2016 military technical forum to the Defence Ministry.

The Defence Industrial Complex said about peculiarities of the new weapon. It neutralizes adversary's equipment not applying traditional means of destruction, projectiles, but due to directed energy.