Brussels is preparing to adopt an act that would prohibit the dissemination of "Russian propaganda" in the European Union. Chairman of Pravda.Ru Board of Directors Vadim Gorshenin believes that the law, if passed, would ban all Russian media outlets in the EU. 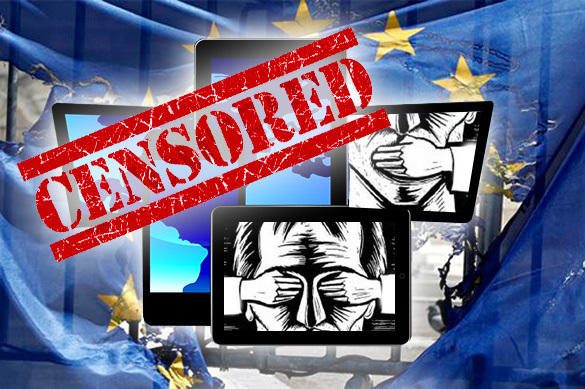 After the adoption of the document, the servers of all Russian mass media  - all of them - may find themselves outlawed.

European officials thus want to protect European readers from the possibility to learn new opinions on a wide range of issues, including foreign policy, migration, economic issues and so on.

We all remember the fruit of the activity to silence the BBC, the Voice of America, Deutsche Welle and so on. Some representatives of Soviet intelligentsia firmly believe that the truth is hidden in silence. If they silence a station, then this station speaks the truth.

Something similar is going to happen to Europe. Of course, one needs to express indignation about violations of fundamental human rights that European officials plan. At the same time, one should bear in mind the fact that the plan will eventually work to the detriment of EU structures and unity. If they want that, they can take that.

Bulgakov's "Master and Margarita" used to be a cherished book that people used to borrow to read for one night. The book was thought to be a revelation, while the author was considered a genius. It took a long time to find out that Bulgakov had written the book to take revenge on his sworn enemies. The book was not a revelation at all, but a thought-out settling of scores.

Pravda.Ru frequently comes across Skype jammers in Europe. Our French editor Alexandre Artamonov has to start a conversation via Skype up to nine times when trying to talk to French interviewees.

For some strange reason, the Western establishment seems to be unable to realize how on Earth Donald Trump managed to win the election. The media had done the best they could to paint him black, but the people, a bunch of simpletons, thought otherwise. Merkel, Hollande and Tusk curse ordinary American voters, who elected Trump instead of Clinton, because they are next on the line. If European officials want to restrict Russian mass media, they'd better do it at once, without a second thought, and we will see who has the last laugh.