The three greatest myths about the European Union 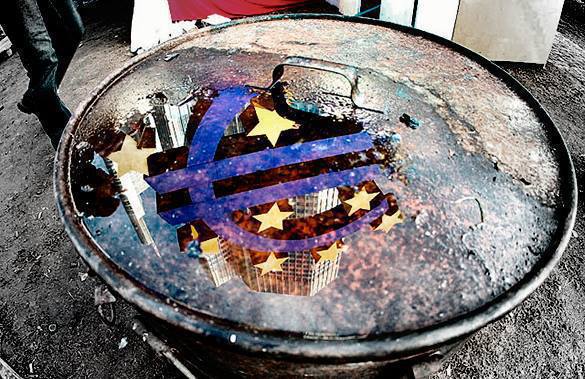 On the 23rd of June, the European Union will potentially face its greatest blow since the founding Treaty of Rome in 1958.

A referendum will be held, asking the British people if they wish to leave the EU. If the United Kingdom decides to leave, it will be the first time that a member-state has ever left. This would be a huge symbolic moment, but there would be huge damage done to the EU in practical terms too.

Britain is arguably the most internationally influential state within the EU. It is the greatest military power in Europe and one of only two nuclear powers (the other being France). Along with France, it is also the only country to have a permanent seat on the United Nations Security Council with the three other major world players, the USA, Russia and China.

On top of this, it is the largest economy in Europe after Germany, and London is Europe's largest city and most important financial centre.

Needless to say that if Britain left the EU it wouldn't be some minor event like Malta or Cyprus leaving. It would have a profound impact on the very future of the EU. If it were shown that Britain prospered after leaving, other countries may well ask what the point of their EU membership is.

Whilst most of the British public are cynical about the EU, many fear the uncertainty of leaving it outright. There is a general feeling that the economy could be damaged and that the UK would be isolated and lose international  influence. Worst of all, there is the widespread fear that the other European nations would punish the UK for leaving, with restrictions on British workers and trade sanctions.

These type of fears don't just apply to the British people, but to all of the 500 million citizens of the 28 nations within the EU.

The EU is generally unpopular amongst a large proportion of European citizens, but it keeps its power by propagating the idea that no country can leave without serious consequences.  It is this fear of leaving, rather than an active love for the EU, which keeps nations in.

But this fear and confusion is based on many false assumptions.

The two richest major countries in Europe are not even members of the EU. Switzerland and Norway have an extremely high GDP per capita and exceptional standards of living; far higher than EU members like Bulgaria and Romania.

When faced with these statistics, one quickly realises that most of the world, including many European nations who aren't in the EU, are doing perfectly well.

The EU protects democracy in Europe

The European Commission which proposes all legislation, is comprised of 28 unelected commissioners including the unelected President. The President retracts a salary of €304,212. This is far higher than any other European leader like Merkel or Cameron. In addition to this he receives a €46,000 rent allowance plus a plethora of other expenses including children's schooling. Yet when a poll was conducted by the British paper The Observer, 73% of the public couldn't name the President.

The vast majority of Europeans also don't know the name of their own nation's Commissioners. But these unelected, unknown, yet highly paid and very powerful Commissioners propose legislation for 500 million citizens. No citizen can vote them in our out. Even if the entire parliament of a country and all its Members of the European Parliament dislike proposed legislature, they cannot unilaterally reject it.

Astonishingly, the EU has also rejected referendum results when they didn't go their way. When the Netherlands and Ireland rejected the Constitutional Treaty, the results were rejected by the EU and a new referendum was held with far more money being given to the pro-EU campaigns.  The Constitutional Treaty was repackaged as the Lisbon Treaty, with minor alterations. Brussels then forced the Netherlands and Ireland to vote again to approve the Lisbon Treaty.

Whilst the EU pontificates about democracy on the world stage it rejects democratic decisions which go against it and restricts the ability for Europeans to even elect the most powerful people within its institution.

The EU will never stop countries being independent

This is probably the most pernicious myth of all as it really strikes at the heart of what the EU is all about.

The EU's ultimate aim is the 'ever closer union' as stated in the preamble to the founding Treaty of Rome. This necessarily means the eventual creation of one European state without independent countries. Because the architects of the EU know that this a tough idea to sell to the European electorates, this super-state is being created incrementally by a gradual erosion of national powers.

The primary motive of European monetary union was not an economic one, but an ideological one to force political union. This is why the EU was willing to ignore that Greece and Italy had failed the economic tests required to join the currency. In their frantic enthusiasm to create a single European state they ignored  the economic reality of clumping very different economies together. We have witnessed the disastrous results of this blind ideology in Greece; a country which is now bankrupt & politically unstable.

There are those who say the Euro is just an economic tool to ensure currency stability, but one only has to hear the following quote from the founders of the Euro to realise what the true aim is.

''One must never forget that monetary union, which the two of us were the first to propose more than a decade ago is ultimately a political project. It aims to give a new impulse to the historic movement towards union of the European states."

This European super state is being created through the back-door. No one in Europe has ever been explicitly asked if they desire the creation of a single federal state, and so the project continues chipping away at national sovereignty and giving more power to the unelected bureaucrats in Brussels and Luxembourg.

The British population has a chance (possibly the only one that it will ever get) to halt the 'ever closer union'. If it votes for independence, it could well set a precedent for other countries to follow. The political importance of this referendum cannot be overstated. The 23rd of June could well become the 'Fourth of July' moment in British and European history.