The recent debate between Donald Trump and Hillary Clinton became a three ring circus hosted by Chris Wallace.  Every time Trump cornered Clinton about her crooked ways exposed on WikiLeaks, including how she stole votes from Bernie Sanders and other embarrassing revelations, she diverted the subject to the Russian cyber attack and blamed Putin personally for being involved in scandalous crime. 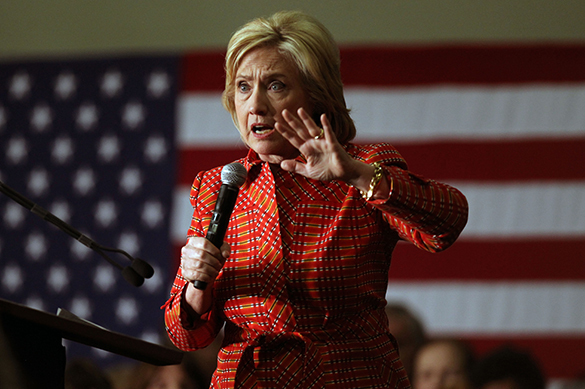 That's hysterical - and ridiculous! Putin has his hands full enough working on peaceful resolutions in Syria and Eastern Ukraine to be bothered with the U.S. election. How could he possibly find time to hack into her private emails and reveal how crude, despicable and dishonest Hillary is as a person?

In it, he admitted personally that the DNC leak was an inside job. So there! Hillary, of course, knew this that but she continued playing her Russian card, blaming Trump for his close ties with Russia and Putin! Trump admitted his successful business was acknowledged and complemented by Putin, but he never met or talked to the Russian President.

Being paranoid and afraid that more damaging leaks will come out from WikiLeaks, Clinton pulled the strings to silence Julian Assange by cutting his internet from his current shelter and residence inside the Ecuadorian Embassy in London.

Now talks about his extradition to United States are frightening. He will turn up dead before he reaches the judges.  Most Hillary foes ended up dead in strange consequences.  She has a closet full of corpses!

While Europe struggles with sanctions imposed by Washington, the U.S. didn't suffer losses! Today Theresa May suggested more sanctions on Russia, approved by a stooge, Angela Merkel. A newly elected British Prime Minister May, no longer has the right to make this decision, since Britain abandoned the EU to initiate any proposals toward EU, after a highly publicized Brexit.

With NASA and combined Russian-American space trips it is business as usual!

Imagine if Hillary wins the election and declares war on Russia: What would happen to an American astronaut stuck in space with Russian colleagues?  Will she sacrifice him as she did in Benghazi, letting Ambassador Stevens die at the hands of her ISIS pals?

One of Hillary's replies to Chris Wallace during the debates about keeping open borders left me in stitches! She managed to accuse immigrants, whose largely found in Queens, as the most dangerous. Then she added, "Donald Trump was born there."  In reply he called her a "nasty woman," which she is.

Let's hope that justice will prevail and Hillary Rodham Clinton will be indicted by a federal agency before an election day on November 8th and without Russian involvement!