In late October, the US intends to introduce a resolution at the Organization for the Prohibition of Chemical Weapons (OPCW) demanding Syria should get rid of chlorine and other "toxic chemicals." However, chlorine is hardly ever used for military purposes today. At the same time, water chlorination is required to avoid epidemics. Without chemical production, any country will be thrown back into the Middle Ages, but this is what Washington has been up up in the Middle East lately. 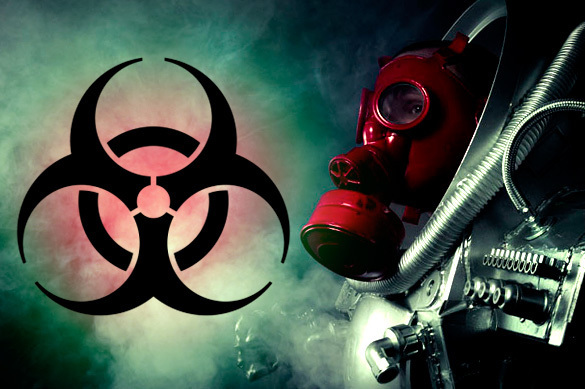 Late last week, US-based Foreign Policy Magazine reported that the US administration was once again preoccupied with the problem of chemical weapons in Syria and developed an appropriate resolution on the matter.

The resolution is said to be submitted to the Organization for the Prohibition of Chemical Weapons, where decisions are usually made by consensus, but they can also be approved by the majority or two thirds of votes. Most importantly, Russia does not have the veto right at the OPCW.

It is an open secret that the issue of "chemical weapons" has long been Washington's universal tool to justify its aggressive and hegemonic plans. The USA used this tool in the case of Iraq, where the Americans found no chemical weapons at all. They acknowledged their mistake, but did not stop the export of democracy in Iraq. As a result, the authoritarian but stable country was ruined during a civil war.

The "the citadel of democracy" has decided to play the same card during the civil war in Syria, when the Americans were ready to protect the population of Syria from horrors of the chemical warfare. The USA was about to start a direct military intervention in Syria to topple the legitimate Syrian government. The plan did not work. Damascus, with Russia's mediation, agreed to deliver all of its chemical weapons to international observers for its subsequent destruction.

Noteworthy, there are chemical weapons in the arsenal of the US Army too. In general, despite a great deal of prohibitions, soldiers of every respectable army in the world have had gas masks in their bags for more than 100 years.

The Syrian government got rid of poisonous gas inventories in accordance with the adequate resolution of the UN Security Council from September 2013. This brings up a question about the essence of the new US resolution. Does Washington still want to find chemical weapons in Syria?

Fortunately, Washington has not accused the Syrian authorities of the possession and use of chemical warfare agents. Nevertheless, the US still remains attached to the idea. Washington decided to make Syria destroy its stock of chlorine and other toxic industrial chemicals. It is an open secret that chlorine can be used as suffocating gas.

Yet, chemical substances, with rare exceptions, are all toxic. Toxic substances are widely used in modern chemical productions in compliance with safety regulations.

Chlorine, for example, is used for the production of coloring agents, solvents, polyvinyl chloride, agents for the protection of herbs, disinfectants, textile and paper bleaches and, of course, for water chlorination.

Let us imagine for a moment that a more or less developed state is told to say no to the above-mentioned activities. The absence of chlorinated water in water supply systems in hot countries naturally leads to outbreaks of intestinal infections - from typhoid fever to polio and cholera, dysentery and even plague. Common chlorine is required to combat epidemics and disinfect floors, walls and other objects in rooms and hospitals.

Chlorine is not required for the synthesis of many chemical warfare agents. For example, the production of sarin - one of the most powerful nerve gases - needs fluorine, rather than chlorine. Will they ask Syria to destroy fluorine as well?

The funny thing is that the Americans may ask Syria to give up on salt, because salt is sodium chloride, from which chlorine can be obtained easily, through electrolysis.

The decision of the OPCW will undoubtedly be used by Western propaganda to further indoctrinate citizens on the subject of the dangers of the regime of Bashar Assad, who wants his citizens to drink disinfected, chlorinated water and add salt to their food. Western politicians will naturally hush up the role of chlorine in modern-day civilization. Instead, they will advertise chlorine as a terrible poison and then blame Russia again for supporting such a "villain."