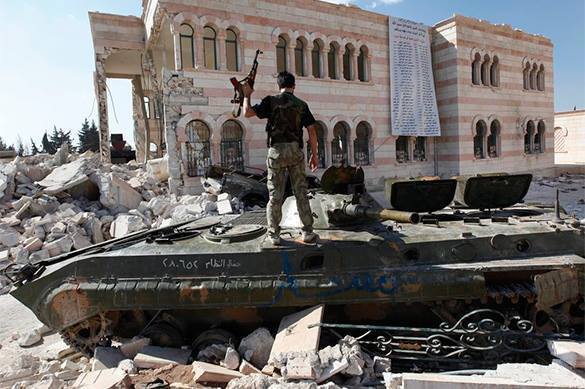 According to Sputnik news agency, the victims that suffered in the attack in Sheikh Maqsud have all indications of chlorine poisoning. "They suffer from suffocation and convulsions caused with gases that are banned all over the world, such as chlorine," said the doctor.

On April 7, it was reported that chemical weapons were used in the shelling of Sheikh Maqsud area in Syria. As a result, four people with signs of poisoning were hospitalized. Terrorist group Jaish al-Islam claimed responsibility for the use of banned weapons during clashes with Kurdish militia.

One of the doctors of the hospital, where the victims were taken, said that patients had all the signs of chlorine poisoning.