The G20 summit in Hangzhou, China, has ended. Pravda.Ru asked experts to share their opinions about the results of the summit. 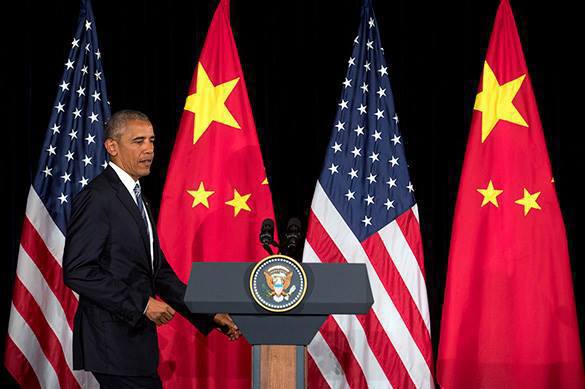 "I think that the G20 meeting after the sharp phase of the global economic crisis in 2008-2009 has become like a meeting place in the fields, rather than a platform to discuss important issues of the world economy," the expert said. According to him, most of the attention at the summit was paid to Putin's meetings with US President Barack Obama and Turkish President Erdogan. "All other events  have gone into the background," Andranik Migranyan said.

Noteworthy, US President Obama received a cold welcome in China. The Chinese authorities denied him a red carpet welcome in what was said to be a deliberate diplomatic snub. In addition, Obama was forced to disembark from Air Force One through an exit door in the belly of the aircraft, because the Chinese authorities did not provide a rolling staircase for Obama's presidential plane either.

When asked whether this snub could be incidental, the expert said: "In China, nothing is incidental. It was a demonstration of China's contempt of US policies."

During the G20 meeting, one of the main topics on the agenda was the problem of refugees. Turkey and the EU believe that other countries should recognize the problem too and take certain  steps to resolve the crisis. However, according to Western media, a constructive discussion on the topic has not materialized.

"Putin said in an interview with Bloomberg that the G20 summit was not the right place to discuss such issues, because they are socio-political issues. It is up to Turkey and Europe to address those issues together," the expert said.

"The close cooperation between Russia and China, as well as Vladimir Putin's talks with new UK Prime Minister Teresa May and US President Barack Obama mean that there is no such thing as Russia's international isolation. Russia's relations with the West remain complicated, but of course, there is no isolation. The summit in Hangzhou has shown that the G20 is becoming more efficient that the G7."