Ukrainian economy in association with Europe: Two years of depression

Two years ago, Ukraine signed an agreement for economic association with the European Union. The recently hacked email of George Soros contained a message, in which the billionaire predicted an economic collapse of Ukraine. No wonder, as the ultimate goal of those who stage color revolutions is to destroy the state to promote their own interests there instead. 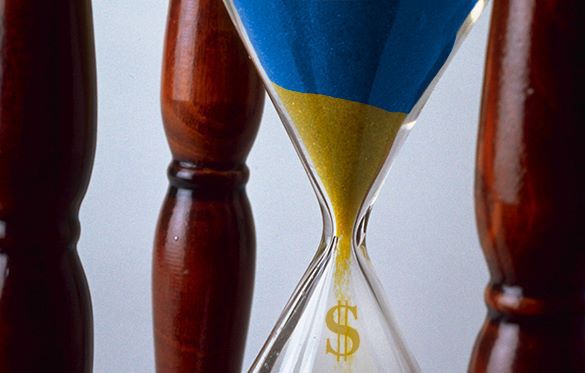 When signing the association agreement with the EU, many Ukrainian experts assumed (inter alia, with the help of the Soros Foundation) that economic integration with the EU would be more advantageous for Ukraine than integration on post-Soviet space. A new business climate, new markets and a bright European future were too alluring for Ukrainian hotheads.

They believed that Ukraine's loss of Russia as a trading partner would be insignificant and instantaneous. Ukraine would lose $3 billion, but everything would get back to normal and even better afterwards. For example, ex-Minister of Foreign Affairs of Sweden Carl Bildt, the driving force of "Eastern Partnership", estimated the growth of GDP of the new Ukraine at seven percent per annum, given that a half of that GDP would be provided by export earnings.

However, according to the results in 2015, Ukraine has sharply reduced its trading operations. The  devaluation of the hryvnia did not save the Ukrainian economy. According to the State Statistics Service of the country, exports of Ukrainian goods and services fell by 37.7 percent compared to the pre-crisis year of 2013. Imports fell by 48.8 percent. Ukrainian exports to CIS countries decreased 2.4 times to $11.3 billion, while to the EU - by almost a quarter, to 15.3 billion dollars.

Where are the drivers of the Ukrainian economy?

Ukrainian agriculture has not become a driver of the economy because of EU quotas and subsidies. The EU is a major exporter of agricultural products. Why have a competitor? From Ukraine, the EU only needs little-cultivated crops, such as sunflower, rape plant and corn. Their exports has increased a little, but these cultures are soil-draining.

In today's Ukraine, sunflower crops exceed permissible limits twice. As for the subsidy system, it has brought all advantages of the weak hryvnia to nothing. In addition, Ukraine can not afford the introduction of modern cultivation technologies. Foreign investment does not flow in the corrupt and war-torn country.

Ukraine's second and third most important export goods are iron ore and steel. Prices are not expected to grow in this sector, while the cost increases. For example, the port of Mariupol saw a decrease in iron ore shipments by nearly a quarter during the first seven months of this year.

Ukraine has lost its industrial potential. The state of affairs in many industries is catastrophic. They include such industries as railcar manufacturing, automotive, aircraft-making (An-70 and An-148 projects are closed), production of components for the Russian defense industry, rocket-making, etc.

Will the IMF help Ukraine?

According to the Ministry for Economic Development, the shadow sector of the Ukrainian economy has grown from 42% of GDP in 2014 to 50% in mid-2015. The IMF constantly toughens conditions for giving loans to Ukraine. Western economists already believe that it is impossible to restructure Ukraine's debt, as the number of loss-making enterprises grows and the taxable base decreases, especially among natural persons. On average, the purchasing power of the Ukrainian population has halved in two years, the inflation has grown twice. Compared with last year, Ukrainian salaries have grown by an average of nine per cent, but have not surpassed the price growth.

Ukraine will have to make its payments on Eurobonds ($600 million). The head of the anti-corruption center, Vitaly Shabunin, said that without the money from the IMF and the EU (about four billion dollars in total), the Ukrainian currency will fall to the bottom this autumn. Ukraine will have to buy natural gas in the amount of over $3 billion. As a result, the forecast from the IMF about the growth of the Ukrainian economy by 1.5 percent in late 2016 looks very much exaggerated. It is not clear where the Ukrainian government is going to take the money from.

Ill-considered actions of the Ukrainian authorities aimed at the association with the EU and the termination of economic relations with Russia, have led to the degradation of industry and agriculture. Ukraine's foreign exchange earnings have collapsed. Still, the Ukrainian government does not have a clear strategy of how to improve the situation.

"If we cast aside the political aspect, one may learn from the experience of, for example, Turkey, - Alexander Okhrimenko, an economist, President of the Ukrainian Analytical Center (Kyiv) told Pravda.Ru. - Turkey created special EU-oriented economic zones, where joint ventures now operate. As a rule, they are German, Belgian and Dutch companies that produce even cars within the scope of industrial cooperation. The EU is not obliged to finance Ukraine, nor is it ready to make concessions for Ukraine. The association agreement only means that the EU gives Ukraine a possibility to cooperate - simple as that."