Skeletons in the closet rule the world

Can we expect that Europe will soon change its anti-Russian rhetoric to a more balanced and pragmatic stance? Will European officials come to realize what is happening in Ukraine? Pravda.Ru editor-in-chief Inna Novikova talked about it to political consultant, writer, deputy chairman of the Public Chamber of the Moscow Region, Marina Yudenich. 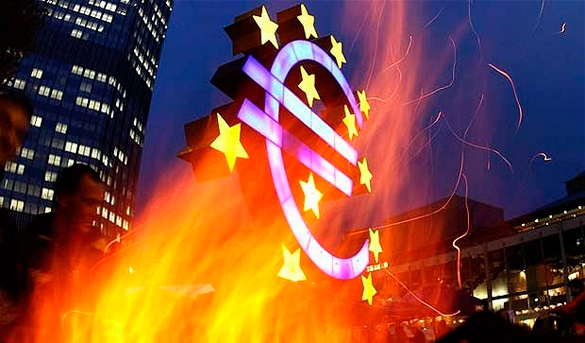 "The Americans were torturing and abusing a large number of people in their secret prisons. This is a fact that everyone knew, but nothing has changed. There was nothing but popcorn, they wasted their breath, but prisoners of secret CIA prisons remain imprisoned."

"Well, the German Bundestag has recently recognized the Armenian genocide, although this seemed impossible a couple of years ago. When Erdogan, in a very rude manner, started blackmailing Europe in connection with the refugee crisis, they buried the subject. There are interests of big politics and there are the Armenian people who fell victims to the genocide, so God bless them all. And then it happened all of a sudden, and it happened at the time when all of Europe remains slightly dependent on Turkey's Erdogan."

"They must have come to an agreement with Erdogan and promised him some money."

"Yes, they promised. However, this sudden move of the German Bundestag gives me a very timid hope that all the protests about sanctions and the control over the observation of the Minsk agreements on the part of small European municipalities will develop into something more global.

"One can only feel sorry for European politicians, Merkel and Hollande, because they are between Scylla and Charybdis. On the one hand, there are people with their requirements, and on the other hand, there is the Big Brother behind "the large puddle" [the Atlantic Ocean - ed.] as our president puts it, who requires certain behavior. What can European policy-makers do? They depend on Washington. Edward Snowden has showed us all that skeletons in the closet rule the world. Angela Merkel's pre-political past is vague, to say the least."

"Some say that she acts so for reasons of blackmail."

"It looks like it. There might be some economic leverage involved. Washington may use some incriminating materials against her too."

"Europe may change its anti-Russian tone. Nicolas Sarkozy, for example, has never been great friends with Russia before, but now he shares a pro-Russian stance. To be more precise, he is not pro-Russian - he shares a sensible, pragmatic point of view on things."