I borrowed the title from the question that ran through the Internet like wildfire to select the answer concerning Edward Snowden's shocking revelation. We all know that he is a whistleblower who dared to expose NSA spying not only on our Western allies and their leaders, but also on regular American citizens. 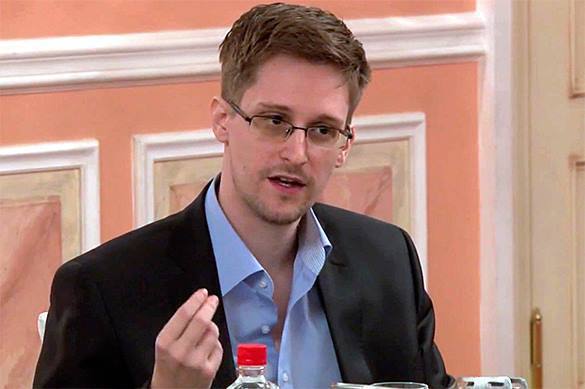 There were no right or wrong answers. Everyone felt differently towards the all-American boy Edward Snowden. Some glamorized him like a megastar who sacrificed his comfortable life to confront the government's illegal spying addiction. Some thought he put servicemen, who are risking their lives daily to protect their country, in danger.

Snowden feared for his life

Here is what I gathered. Gaining access to the secret documents and sharing them with a journalist, Glenn Greenwald, who published them, Snowden was now faced with dilemma. He knew the U.S. wanted to prosecute him. He also feared for his life. So he ran away. The only country that didn't refuse to harbor him was Russia. After a year of living there, he applied for another five years, which Russia granted him despite the fact it imposed a huge strain on Putin and his relationship with the U.S.

Snowden never met Putin, according to his own account, not that President Putin sought to pal around with him. Snowden prefers to live as if he were in the U.S. time zone and watch American movies and shows all night. He is free to display his loyalty and patriotism towards his country.  He stays in a luxury hotel, not at a detainment center. He sleeps as much as he fancies.

What surprises me, however, is that he has never expressed gratitude towards his host. Not once. I watched his interviews and the documentary, in which he paints himself as a victim, forced by the U.S. to remain in Russia and confined to one city - Moscow.  Meanwhile his stripper girlfriend visits him for as long as her visa permits, up to three months at a time. Not bad, eh?

Recently Snowden received a Norwegian freedom of speech award in Moscow by videophone.  Once again he whined that from 21 countries he applied for asylum, only Russia accepted him.  Will he ever send an official thank you note to the President of the Russian Federation?

I spoke to a few friends who, after a short discussion, agreed that Snowden is an arrogant pig! Why?

In this New York Post article, "Snowden in "Mosc-scold", dated September 6th, he showed his appreciation by blasting Russia for Human Right violation and criticizing control over the internet.

If you had taken the opportunity while you are there to master the Russian language, instead of just watching TV and movies, and then did some serious investigation, you would have found out that only 10 percent of Russian citizens who oppose President Putin

The most vocal enemies within who openly badmouth Russian president over the internet are Andrey Makarevich, Alexei Navalnyi, Ilya Yashin, Leonid Volkov, Maxim Katz, Mikhail Khodorkovsky, Garry Kasparov, Pavel Schechman, Rustem Adagam, and they are all paid-off agents of the U.S. Just recently Navalny attended a dinner in Kostroma with the American representatives and foreign media.

You should read Russian blogs to see Putin didn't stop bloggers from attacking him.  Your information was given to you to discredit Putin and to score in the eyes of your former employers.  Understandably, you might be seeking leniency, if not forgiveness, playing the dirty games of voicing accusation against Russia! I no longer sympathize with your cause, Mr. Snowden!

So, Edward Snowden, are you trying to cut a deal by badmouthing Russia in order to avoid prosecution in the States? What do you know about any Russian Humanitarian violations? You barely leave your room to make such observations!  Who is supplying you with these false claims?

Did you hear that Russian humanitarian help has been extended to many countries that suffered significant losses due to wars or weather anomalies - that includes Yemen, Bulgaria, Serbia, Syria, Nepal and many more. Russia was the first to call on 9/11 and offer help to fight terrorism! Have you heard about it? If you don't like your generous and humble host, leave Russia! A proverb says, "don't cut the tree if you sit on its branch!"

Speaking of Human Rights violations, try to address a brave Israeli's whistleblower, Mordechai Vanunu, who served 18 years for exposing Israel's nuclear program. Are you afraid to touch such a delicate subject? After giving a recent interview, Mordechai Vanunu was placed under house arrest. Israel presents itself as a democratic country. Is it so? Nowadays Russia is more democratic than Israel and many other countries that declare to be democratic, but have many human rights violations.

Was Snowden being used as a pawn by more powerful forces? He should have exercised better judgment than to trust information he was given. What he did in criticizing Russia was treacherous; it was foolish.

But it is still true that Snowden made us here in the U.S. aware of very bad things that were implemented by the CIA, both to our allies and to our own citizens, and for that we owe him.  Did this make Snowden a hero, or a traitor?