Putin's visit to Greece as omen to Middle East

The countries of the Middle East paid great interest to the recent visit of Russian President Vladimir Putin to Greece. According to the expert community of the region, Vladimir Putin made it clear that Syria and Greece were under Russia's protection, and the enemy would not pass. NATO and the US heard the Russian message. 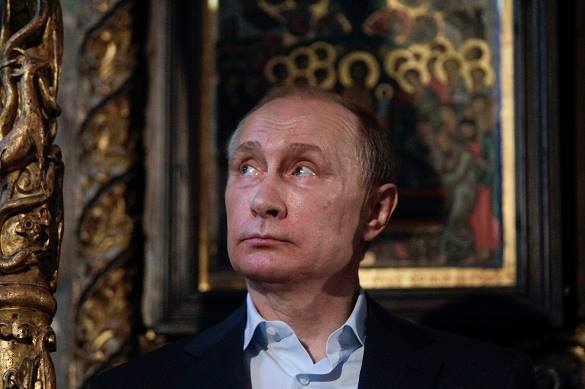 Covering Putin's recent visit to Greece, Arab media saw his negotiations with the president and prime minister of Greece as a message to the West and NATO. During the talks, the Russian president said that the refugee crisis in Europe could be resolved only after the establishment of peace in Syria. To achieve peace in Syria, one needs to destroy terrorism in the country first. It goes about a simple mechanism.

Based on the principle of rights of the Syrian people to self-determination, without external interference in internal affairs of the country, all those who agree to take part in elections shall obtain all necessary guarantees (both in the field of security and politics) and shall not be declared terrorists. The people who refuse to participate in free democratic elections and prefer to continue armed struggle for political purposes, shall be declared terrorists.

This is a simple test to terrorism, because terrorism is an attempt to achieve political goals by violence. The above mechanism appears to be a very correct approach, especially in a situation when there is interregnum in the USA, and when Europe has finally realized the fruit of the adventurist policy of Turkish President Erdogan.

It was as a result of NATO's aggression in Iraq, Libya and failed attempts of aggression in Syria, when Europe faced an acute refugee crisis. Benefits of immigration (professional labor force ready to work for small salaries, as well as the solution of Europe's demographic problems) do not outbalance resulting social problems and are accompanied with infiltration of terrorists.

This applies to refugees from both the East and from the South, for whom the NATO-bombed Libya  has become a major trans-shipment point.

Russian President Putin said that he could understand the complicated position of Greek Prime Minister Tsipras, because Greece is a NATO member. Today, Greece acts as a dissident not only at the EU but also at NATO. Like all other Turkey's neighbors, Greece suffers from the refugee crisis, as well as from the policy of Turkish President Erdogan, who switched from "zero problems with neighbors" policy to aggressive policies in the relations with all of its neighbors, including Greece and Russia.

US leaves the Middle East

America has been losing interest in the Middle East lately, concentrating its foreign policy efforts in the Far East and the Pacific region. The USA tends to destroy the Middle East before stabilizing it again to give the initiative to other forces, including to those that try to establish law and order in Syria.

Vladimir Putin said that the history of relations between Russia and Greece counts hundreds of years. Greek PM Tsipras challenged the European bureaucracy by inviting Putin. The Middle East saw Putin's visit as a breakthrough on the way to the peaceful settlement of the war in Syria, when all the forces that agree to participate in the elections receive all necessary guarantees and lay down their arms to fight for their political agenda with the help of elections, rather than weapons.

Author`s name Said Gafurov
Topics syria
18:54
Ukrainian soldier uses chainsaw and fire to release US howitzer from ice trap
18:30
Onet: Ukraine will lose in six months due to shell shortage
17:36
Russian troops defeat Ukrainian troops in Zaporizhzhia region
14:50
Number of foreign mercenaries in Ukraine continues growing
14:17
Russians buy more than 50 tons of gold in 2022
13:57
Russia will not talk to Ukraine. Russia will talk to the West
13:34
USA's plan to give 20 percent of Ukraine for peace hoax
12:51
Medvedev: Ukraine as a state to be devastated, go bankrupt and be turned into colony
19:57
Russia will use all of its military potential to counter Western arms supplies to Kyiv
18:34
Biden changing strategy on Ukraine to reach diplomatic solution with Russia
The West prepares army to invade Russia