Lithuania panics over 'Russian invasion before 2015'

The Russian military could land in Lithuania's Juodkrante a few years ago, the head of the Seimas Committee on National Security and Defence of Lithuania, Arturas Paulauskas said. The official's statement caused a lot of discussions. 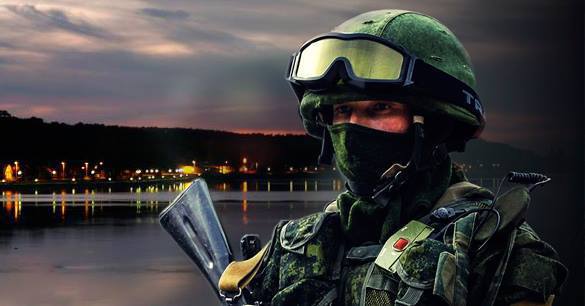 Arturas Paulauskas's committee received the information from the Second Department of Operational Research. The department referred to an incident that happened in Juodkrante "before 2015."

"It appears that Russian special purpose military units penetrate into foreign countries in peacetime," a report said. Question of why the Russian military could land on the Lithuanian seaside, why in Juodkrante, and what measures were taken at this point, were left unanswered.

The choice of Juodkrante is not incidental. The cosy holiday village, as well as all the Curonian Spit, is known for its sandy beaches, pine trees, wooden houses and smoked fish. The place is of strategic importance for Lithuania.

Ironically, the one who controls this piece of land has control over the main port of Lithuania - Klaipeda. This is one of those places, through which NATO assistance will arrive in case of a threat or a  conflict.

In Klaipeda, there is another strategic site, the appearance of which has changed the rules of the game in the Baltic Sea. The floating liquefied natural gas facility with the symbolic name Independence, has relieved Lithuania of its dependence on the Russian natural gas.

The vessel has been supplying alternative gas to Lithuania since 2014. It was dubbed as the example of success for the whole region that wants to get rid of Russia's Gazprom.

The Independence is one of the most closely guarded facilities. Not that long ago, military drills were conducted near the Independence, to simulate an attack of armed saboteurs disguised as protesters.

A similar, but a more unfortunate scenario had appeared earlier. In this scenario, Russian divers explode the Lithuanian LNG terminal at night. This is an excerpt from the book by American writer Tom Clancy. The book begins with the destruction of the Independence: a Russian plan to tear Lithuania away and split NATO.

Although this dramatic scenario is fiction, a few coincidences appear to be striking. The book had been written after Russia's reunification with the Crimea. In addition, the above-mentioned "landing in Juodkrante", according to former Minister of Defence Rasa Juknevičienė, did not take place in 2015, but earlier. The Independence was delivered to Lithuania in October 2014.

"In Juodkrante, there is a radar station of the Lithuanian Air Force and infrastructure of the Navy and the State Border Guard Service - the radars that monitor the surface of the Baltic Sea," defense observer Aleksandras Matins said on April 7.

The radar, P-18, is an outdated system of limited capabilities. The Soviet-made radar is not supposed to be of great interest to Russian forces.

In 2014, when NATO, primarily the United States, responded to requests from the Baltic countries and strengthened air police mission, another mission of the States was left unnoticed.

When US F-15 fighters landed in Zokniai, American reconnaissance aircraft RC-135 appeared above the Baltic Sea for the first time since the Cold War. These aircraft are stuffed with sensitive and secret equipment that could intercept the messages sent during the Russian military operation.

According to Lithuanian publication Delfi, Russia has been improving the skills of its commandos for 50 years. An elite unit of them was stationed next to Lithuania, in the Kaliningrad enclave. In the village of Parusnoye, there is a castle-like building with a tower, where specialists for sabotage operations work, the publication wrote.

Such saboteurs were active especially during the Cold War. Back in 1986, The Dispatch newspaper wrote that Soviet saboteurs had attempted to penetrate into Sweden more than 100 times in five years. In 1996, a former Russian officer admitted to Swedish media that the Soviet Union had been holding such landing operations in the Scandinavian countries since the 1950s. The operations were supposedly conducted to identify strategic military facilities that could be destroyed in case of war.