The last general elections in Iran

The elections that have just held in Iran open up some questions about the future of the Islamic Republic. Opening to the West, tradition, challenges political economic and military. What do the numbers of representatives in the new Iranian Parliament really mean? Davood Abbasi, the editorial staff of IRIB, tries to give us some clarifications. 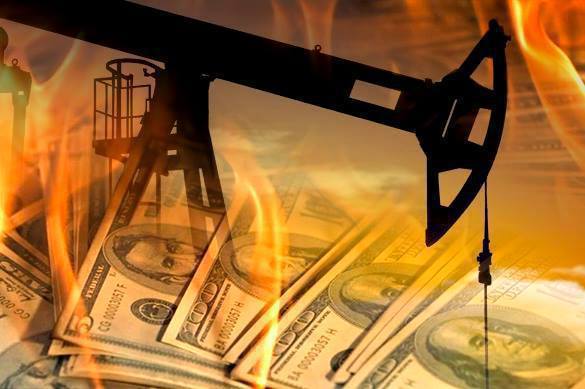 A) In the name of God. If mathematics is not an opinion, the elections in Iran were won by the Conservatives. A look at national data shows that the majority, both the Parliament (Majlis) and the Council of Experts (Majles-e-Khobregan) is in the hands of the conservatives. It is noted that the majority of conservatives is not absolute. In the sense that the Conservatives have achieved about 50% of the votes. The reformists are below about 10 percentage points, and on about 40%. The remaining 10% is composed of independent candidates. So they will tip the balance in the next parliament. Who are the independent? Normal people, the commoner and not the politicians who were candidates and who were elected. They are usually university professors, lawyers, free famous professionals, people known for their honesty. They can also be elderly tribal leaders, farmers or entrepreneurs. Part of these independent are also the five deputies of minorities (2 Christians, a Jew, a Zoroastrian and Assyrian) to parliament. It can be said that the next Iranian Parliament will be based on very delicate balances. The two sides, reformists and conservatives, will be forced to dialog in order to do something and it is understood that they will try to propose good laws, to obtain the consent of that 10% of independents. Supposed that the independent remains unabated and they don't became permanently partisan of one of the two teams.

Q) The Italian media have reported only the victory of the moderates in Tehran ignores the rest. It is an attitude  only Italian or foreign too? Why in your opinion?

A) It is an attitude that took a bit all foreign journalists but especially Italian ones. Here are the reasons. Foreign journalists work for foreign media. Their nations see clearly their interest in supporting the current Iranian government that is open to the world and especially the West. It is therefore natural that they are here to support the Reformists. There is money in the middle and then do not mess around. The other aspect, however, is more worrying. Some foreign nations believe that the current Iranian government is the end of the Islamic revolution that began in 1979 with Khomeini or it can be if put under pressure and therefore want to give a hand to the administration Rohani. It is clear that it is not so but remember that the West has succeeded, even in the past, to neutralize other revolutions. Some foreign analysts careful knew and know very well that the preference in Iran, at the national level, it is still mostly for the Conservatives, but they tried to enlarge the Reformist victory to be able to move to the second phase of the plan. Speaking of fraud and try to trigger disagreeable facts such as those of 2009. On this worked the Persian section of the BBC and VOA [Voice of America]. The ignorance of some journalists, unfortunately Italian too, is beyond imagination. I do not want to name names but some of them do not know the most basic things when they are sent to Iran. I met Italian journalists for these elections, who did not know the name of the Iranian foreign minister, who had never seen his picture, they did not know that the grandson of Khomeini was not among the candidates, and then wondered why he had not been voted. There were Italian journalists who knew nothing of the Iranian system of government: how the president is elected, how old is the mandate of parliamentarians and their number. Some journalists believe that Iran is composed of the single city of Tehran. Tehran has 10 million inhabitants but the remaining 70 million Iranians living in other regions and cities. Those who have visited the beautiful Iranian provinces are well aware that there is a difference between the inhabitants of the political positions of Tehran and those of other cities.

Q) Moderates against Conservatives or Reformists against Conversationalists. Here sounds a bit as "good guys versus bad guys". How are the two sides actually?

A) The two sides are composed of people loyal to the ideals of the Islamic Republic. In general I have to say that Conservatives are not as extremists and the Reformists are not as hippies for sure. Are two decent sides. Either there are good people and also people less valid. Not by chance in the Iranian electoral system gives you a vote by writing the name of the candidate, not the party. This system allows citizens to choose and vote for the valuable people on both sides. I forgot: almost no Italian journalist knows this. Everyone thinks that parties would devote themselves.

Q) In your opinion how will change Iran's foreign politics in the next legislature?

A) It is clear that Iran, following the will and demand of its population, will seek to establish friendly relations with the whole world, based on the principle of mutual respect. President Rohani made foreign policy as the locomotive of his mandate to boost the economy. We must wait and see if this will be possible. It is clear that the Iranian president will have to support domestic production and get help from foreign partners to succeed. Limited to blindly import after the lifting of sanctions would only kill the domestic industry. As Iranian,  I believe that a country has to rely on his own strength to grow and rely only to foreigners is wrong. Looking at the policies of the current government, especially in the field of economy and industrial production, I do not think the right direction has been taken. But I think that the next Parliament will correct this trend that appears a bit naive.

Q) And the domestic politics?

A) I just hope that the domestic politics of Rohani is not like that of the last reformist president before him, Seyyed Mohammad Khatami. The latter merely made facade maneuvers especially in the field of culture and individual freedoms but forgot economy, health, social services and employment. During the Khatami period the price of homes in Tehran increased three-fold, the inflation galloped above 20%, the nuclear industry was frozen and eventually the Europeans proposed to the Iranians to teach them to "use the internet" in exchange for the abandonment of the nuclear power. A proposal that smacked of mockery and humiliation.

A) In London and Washington, the idea continues to delight, at least in part of the political establishment. Of course it will be up to the Iranians to be vigilant and careful not to fall into the traps. However I do not think it is so realistic the danger of the repetition of the unpleasant events of 2009.

Q) We will see a new Ahmadinejad Presidency in 2017?

A) We have to see if a year from now, the current rector of one of the new universities in Tehran will return to compete. Mahmoud Ahmadinejad made the mistake of behaving badly, in most situations, including to the Supreme Leader of Iran. The first question is that the Council of Guardian, because of these past behaviors, could not confirm its suitability for running for president. The second point is to understand what the Conservatives want to do. It is true that they have won the election but no longer have an absolute majority, they took fewer votes in the past. In Tehran they were literally humiliated by the Reformists: by 30 elected from the constituency of Tehran even one was Conservative. The Conservatives will focus on a new face or Ahmadinejad? In favor of Mahmoud we must say that according to a recent survey he would take equal votes then the current president Rohani, if ​​we were to vote today because the poor and rural dwellers still remember him as a savior. The bourgeoisie and the middle class, however, have seen many scandals that have also involved his closest collaborators. To date therefore its return appears quite uncertain but the main feature of Ahmadinejad is to be unpredictable.

Q) One last question: the West has never really understood what was the Islamic revolution in Iran?

A) I really do not think so. I really think that the West did not understand it, at least until now. Usually I notice it when an elderly leader, gentle and affectionate as Khomeini is called an extremist by the West. The problem is that the West is so advanced in science and in critical look at things that it never doubts the least of its meters and it way of seeing things. For example I see with astonishment that some Italians like to talk in a positive way about the corrupt monarchy of the Pahlavi and the waste of money and resources they practiced and instead of they evaluated in a negative the Islamic Republic, which has transformed a nation that even mattered cheese in a country that has sent satellites into space.