Since its beginning in 2011, the Syrian issue has changed gradually but inexorably. I write here also surprisingly because nobody in the West would have expected that this nation, smaller than the coalition that is torturing her from almost five years, could stand so long boasting now even a real hope of victory over the enemies. Of course, Russia and Iran are two formidable allies but nothing would have been possible to get to this point without the tenacity, the dedication and the heroism of the Syrian army and therefore of the Syrian people, of which the Syrian army is one of the expressions. 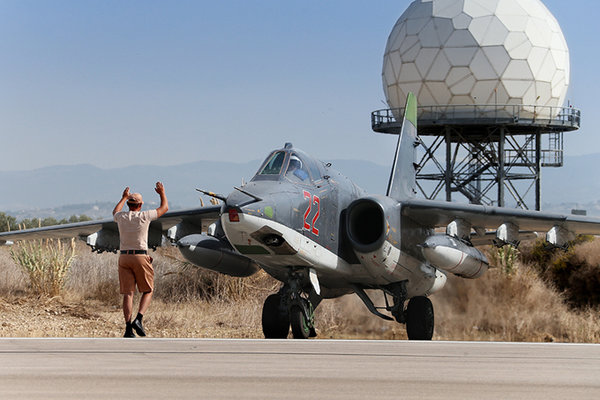 The majority of the Syrian population lives in areas controlled by the government and not by the rebels who have conquered a few inhabited territories preferring to focus first on border areas, to secure supply routes, and after on the Syrian oil fields to earn additional funding from oil, sold on the black market while buyers closed and close not only the eyes but also the ears.

The West has always repeated the mantra "Assad must go" but along the way it lost its breath and the chant was failing. Assad is still in the government and repeats that it must be the Syrian people to decide which government have. Strange behavior for a dictator.

One of the assumptions of the policy is that sometimes you must not always be picky with your fellow mates but in Syria you has gone beyond the accepting some strange bedfellow. While they try destroying Assad, the Americans closely tied themselves to those who claim to be their sworn enemies since the September 11 attacks: the Islamic terrorists of Al-Qaeda and Associates.

Something moves in the West

Apparently not only Senator Richard Black, State Senate of Virginia, has serious doubts about US politics in Syria but also other people of some importance. For example Tulsi Gabbard, Democrat congresswoman in the House of Representatives, but also Austin Scott, her counterpart for the Republicans.

These two, in an example of American bipartisan spirit, presented on November 19th a proposal for a law against the supporting of Syrian anti-Assad rebels. Or, for those like me, the terrorists that are bloodying Syria far too long.

This law must be discussed by the US Congress, then reviewed by President Obama. Not necessarily it will be approved. Perhaps some will hang in a political quicksand but compared to the nothing of before is a whole new world.

Just Tulsi Gabbard explains why this law was presented. At a time when it seems that in America there is room only for the hawks of the war, Mrs. Gabbard, who has served her country for two terms in Iraq as a soldier, spoke loud and clear in front of the US Congress.

The defeat of Assad by rebels would result in the genocide of the Syrian population and in the increasing of suffering beyond an imaginable scale. Syrian arsenals would end in the hands of rebels who would use them for their purposes. The money and the equipment spent on arming the "moderate rebels" are actually almost all gone in the hands of ISIS that is precisely the declared enemies of the United States. America does not currently have any credible alternative to Assad. The United States has not learned anything from the mistakes of their recent past by continuing to waste resources and American lives without getting the results prefixes for their interventions in foreign Countries. The behavior of the US led America into a collision course with Russia to the point that we risk seriously a new world war.

Strong statements that we had not yet heard from a certain level of political power.
Both Tulsi Gabbard and Austin Scott are members of the House Armed Service Committee that funds the Department of Defense, the American armed forces and a significant portion of the Department of Energy. So, we can say they have a profound vision of certain problems.

What does the future hold? Hard to say

Syria seemed doomed and Russia locked into her borders, a powerless spectator of a second Libyan or Iraqi scenario. Instead Syria resisted and Russia recently reserved a lot of surprises. Russian ships in the Caspian Sea can launch cruise missiles that the rest of the world did not even know existed. Her long-range bombers can fly from their bases in Russian territory and bomb the terrorists in Syria after having circumnavigated the UK and across the Mediterranean. In Latakia, the Russian systems of electronic warfare put in off the NATO's radars for hundreds of kilometers and block the American satellites of the Lacrosse constellation. Syrian skies are now protected by the Russian fighters and by the formidable anti-aircraft systems S400 and S300. Syrian waters are protected by the Russian navy. The Syrian army advances regaining territory protected by Russian aviation that, unlike the American, bombards really the rebels, moderate or not. Even Iran has sent a squadron of Sukhoi and a new contingent of his Pasdaran.

It seems that the US and its allies have achieved the opposite result to what they had set, transforming Syria into a modern fortress. It is indeed the case that the words of Tulsi Gabbard and Austin Scott are heard by their fellow Americans.