Putin dots all i's about operation in Syria

Vladimir Putin spoke about the goals of the Russian operation in Syria, as well as about the relations with US counterparts. 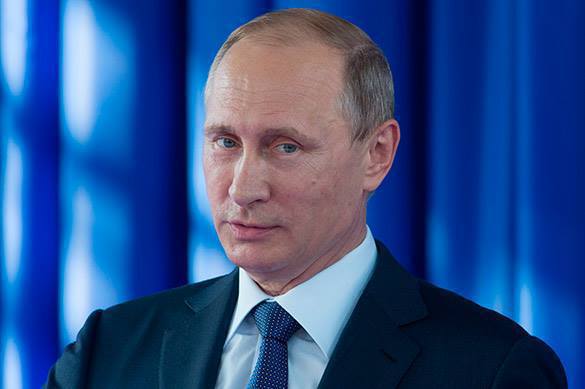 In an interview with "Sunday Night" show on TV channel "Russia," Putin commented on the recent terrorist attack in Turkey, calling it a "blatant terrorist attack." The Russian president urged all countries to fight terrorism together. Answering the question about the reasons that prompted the Russian government to launch the counter-terrorist operation in Syria, Putin said that Moscow warned its foreign partners of the campaign before it started. According to Putin, Russia is open for collaboration. At the same time, other countries do not hurry to notify Russia of similar actions.

The president explained why the Russian air raids are so effective: "We had been preparing for military action. We had deployed our forces at the right time and in the right place. We had been conducting aerial and space reconnaissance activities persistently for a long time. The air strikes of the recent days come as result of long preparations," Putin said.

When asked about the possibility of another arms race between Russia and the United States, Vladimir Putin said that the Russian side had to keep up with the modernization of defense systems of other countries.

The TV presenter also asked Putin to comment on Barack Obama's recent remarks about the intention of the Russian leader to revive the Soviet Union. Putin responded that Russia was solely a peace-loving country that initiated the break-up of the Soviet Union in 1990. However, Russia "must protect the Russian sovereignty - this is what we do and will be doing, of course," Putin said.

Responding to the reporter's question about an opinion that Moscow had joined the war on the side of Shiite Muslims, Putin stressed out that the Kremlin did not make a difference between Shiite Muslims and Sunni Muslims and had no intention to get involved in inter-religious conflicts.