The supposedly secret visit of Syrian President Bashar Assad to Moscow is still widely covered in Western media. Member of the Central Council of the National Union of Syrian Students, Naovaf Ibrahim, Deputy Chairman of the Russian Society for Solidarity with People of Libya and Syria, the leader of the anti-globalization movement of Russia, Alexander Ionov, discussed Assad's visit to Russia and the future of Russian-Syrian relations with Pravda.Ru. 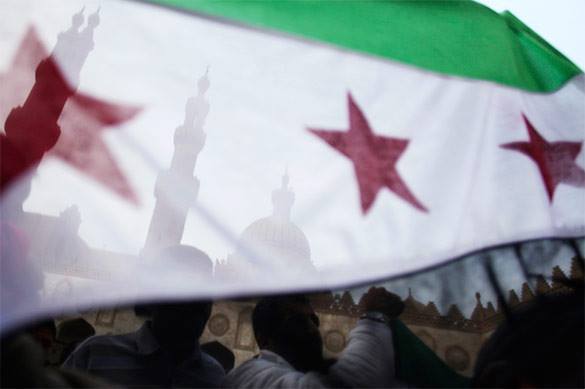 "Now that Bashar Assad paid a visit to Russia, does it mean that the people of Syria are starting to win?"

Naovaf Ibrahim: "The visit of Syrian President Bashar al-Assad to Russia was indeed indicative. He is the person who has been standing strong for five years. He came to Russia upon the invitation from Russian President Putin, and everything was organized very well.

"This proves that secret services of Russia and Syria work well. They knew how to come to Russia without any incidents. The Americans claim that they can control everything and never miss a fly, but they could not make Assad stay in Syria. He flew to Russia and back and everything went well.

"President Putin and Russia in general have won a lot of respect and trust among  the peoples of the Middle East. You should have seen the welcome that the people of Egypt gave Putin when he visited the country. The Syrian people celebrated Sergey Lavrov's arrival in Syria in the beginning of the crisis. Millions of people took to the streets.

"Which countries can address Syrian issues? It is only the people and the army of Syria that can do it. This is was President Bashar al-Assad clearly said. He said that there would be no future, no peace and no stability in the country, if no political decisions are made for that."

"Turkey has played a very strong destructive role for the bloodshed in Syria. Can Turkey change its position as a result of elections?"

Alexander Ionov: "Hard to say. The Western press has been propagandizing the opinion of the Western world on many issues, including the Turkish one. Generally, this is a one-sided, diffuse and primitive position.

"In Yemen, Syria, and Iraq no military success has been achieved. Turkey was dealing with the Kurds, the Americans were dealing with Iraq. Ever since the beginning of the crisis, Turkey was supporting the so-called Free Syrian Army that eventually became part of the Islamic State and currently represents Wahhabi and international terrorists acting on the territory of two states. Turkey made it possible to open the 900-kilometer border with Syria for terrorists and weapons to go through. Turkish experts were even training terrorists. Turkish President Erdogan created the so-called Kurdish Party that took a fairly good number of seats in the parliament. Yet, no one is happy with this, the Kurds are disappointed in Erdogan as well. The Turks and the Kurds are fighting in Syria - they are not struggling against ISIS. Turkey supported Khattab and other terrorists, and now, unfortunately, the country continues its revenge against the Syrian people."

"Does it make any sense at all to hold the international conference in Geneva?"

"The only hope is Russia. From the very beginning of the crisis, Russia has always given a platform and said solving the Syrian crisis was possible only through political means. The West did not let it happen, as the West had other interests. First, it was the gas pipeline to Europe, the US and its allies wanted to crush Russia, but failed. Western countries and Gulf monarchies are funding this terror around the world with Saudi Arabia being the first in the chain.

"What is the point of the Geneva conference when Western countries keep saying for several years: "We want to save the Syrian people." From whom do they want to save the Syrian people? From Syrian people? Syria has never had either internal problems or civil wars. We have always lived in peace and harmony - Christians, Muslims and members of all faiths. The West interfered in the internal affairs of another country and wanted to decide the fate of the people. Nobody gave the West the right to act so."