America is not over with

Pravda.Ru conducted an interview with first deputy chairman of the Federation Council Committee on Defense and Security, the leader of the Russian Union of Afghan Veterans Franz Klintsevich. We spoke about Russia's actions in Syria and the reaction they caused in the West and in Ukraine. 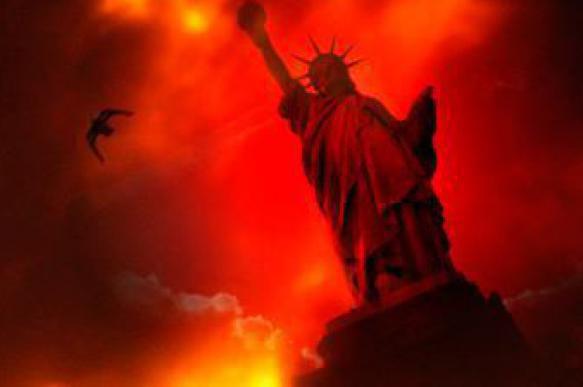 "The last few weeks were rich with major political events. What was your impression of the speech of President Putin at the jubilee session of the UN General Assembly?"

"I had a chance to listen to his Munich speech - he was tougher back then. Putin's UN speech was more consistent. In a politically correct tone, Putin gave an unbiased assessment of major challenges that mankind has faced and what the UN could do at this point.

"One may have different attitudes to this organization, but there is no alternative to it, and I fully agree with Putin here. The main thing today is to bring back the supremacy of international law in international relations.

"Russia's position annoys and bothers many in the West. Russia has returned to the international arena as a very serious player, which all have to be reckon with, whether they like it or not.

"Neither the Russian president himself nor the Foreign Minister pretend to act as "tough guys." Instead, they try to convince others that Russia does not claim to be a superpower. Instead, Russia wants to be heard when she speaks about the problems that concern the country. Above all, Russia has its interests that she is ready to defend."

"What can you say about the overall assessment of Obama's and Putin's speeches in New York by other leaders?"

"Undoubtedly, the balance of forces is gradually changing for the better for us. Many are annoyed by what the Americans do in the world. Yet, one shouldn't believe that America is over with.

also read: USA needs another Hitler to struggle against Russia

"Today, the USA is still "number one" in the world. The country still has the most powerful economy and most powerful armed forces. Like any superpower, the Americans defend their interests. They want to remove competitors. They would like to get rid of China, but it is too late. Shaking China would mean shaking the economy of the whole world. The Americans are well aware of that, and their prime target is Russia. Russia has returned to big politics, but she is not as much integrated into global economy as China is.

"They have made many mistakes with their moves against Russia. The Americans have created a plethora of problems to many European and US companies. For Russia, sanctions came as a wake up call. Thank God, Russia had revived its economy and defense capability by the time of anti-Russian sanctions. President Putin is a sane and reasonable man, and the United States is forced to take Russia into account now, despite all the hostile rhetoric.

"One needs to understand that it can be legal to use foreign troops on the territory of another state only in two cases: either with the approval from the UN Security Council or on the basis of the official request from the legitimate leadership of this country.

"Therefore, the actions of a super massive coalition of 62 countries on the territory of Syria are illegal, even though they bomb ISIL militants. It just so happens that it is only the Russian Air Force that operates in Syria legally.

"Let's call a spade a spade: the coalition-led operation has been going on for 18 months, but the result of it is zero. On the first day of Russia's special operation, Russian fighter jets destroyed command posts, ammo depots and military hardware. Russia continues to act very effectively. Everyone wonders how it could be possible. The Russian military approached the mission highly professionally. The center for coordination and information support consisting of four countries - Russia, Syria, Iran and Iraq - was set up. In Baghdad, a very serious intelligence center was established.

"In Syria, the Kurds fight too, and they fight for their land. The US is not willing to admit that ISIL is a direct product of the US-led policy in the region."

"Hillary Clinton said that the United States would impose a no-fly zone over Syria. Can it be possible?"

"It is out of the question from the point of view of international law. Syria has never invited the US Air Force. This is all idle talk. Both US and European officials are trying to downgrade Russia's role in the solution of the Syrian conflict. Russia has finally broke through the information blockade. At first, Putin quietly and openly told the world the truth, and then he showed that one should fight the Islamic State directly.

"In Europe, there are journalists, who start taking a different point of view on the current events in Syria. They studied the photos of so-called "atrocities" committed by Russian pilots and discovered that the photos appeared on the Internet long before Russia started the operation in Syria. This media war is so primitive and we all have been there before, so to speak. Remember Georgia's attack on South Ossetia. The whole world was trumpeting that it was Russia that invaded Georgia. Truth does not matter under the conditions of information warfare."