Yatsenyuk, Europe and the Ukrainian dream

The government of Arseny Yatsenyuk has promised a lot during two years of its existence - from raising the standard of living in Ukraine to establishing a visa-free regime with the EU. Apparently, it is only Yatsenyuk's standard of living that has improved. As for traveling to the EU, getting a visa to go to the European Union has become quite a hardship for Ukrainians. Most Ukrainians do not go to Europe nowadays - this is the point of Yatsenyuk's visa-free regime. 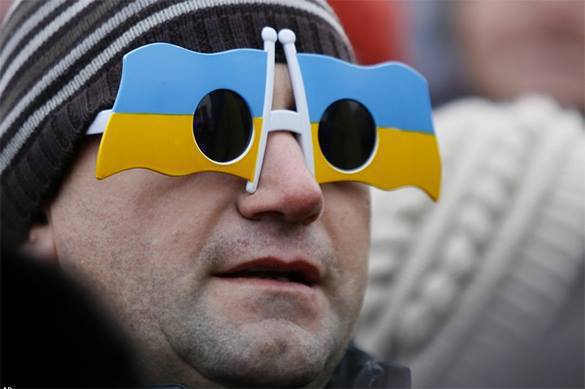 Here is a state of affairs in today's Ukraine, complied on the basis of international ratings and taking account of many promises of the Ukrainian government.

Judging by the activity of Ukrainian ministers for education, this area of life in Ukraine needs reforms most. Each new minister is committed to changing the duration of school education. Thus, schooling in Ukraine changes from 11 to 12 and 10 years every now and then, as ministers replace each other in the office.

In addition, they rewrite textbooks, especially history books, and radically reform universities. The ranking of national higher education systems around the world in 2015.

This rating (calculated by the method of the Institute of Applied Economic and Social Research of the University of Melbourne) evaluates national systems of higher education on 24 key indicators. Ukraine is ranked 41st among 50 countries - between Brazil and Romania.

Anti-corruption struggle has been all the rage in Ukraine for several years already. Practically all Ukrainian officials trumpet about their efforts in this direction. However, international studies prove the opposite.

As of late 2014, in the ranking of Transparency International Corruption Perceptions, Ukraine was ranked 142nd out of 175 places. In 2013, the country took the 144th on the list of 177 places.

The studies conducted by Transparency International Ukraine, GfK Ukraine and other organizations show that corruption in Ukraine is blooming.

Investments: Nothing at all

The talk about the inflow of foreign investment in Ukraine is just as popular as the talk about the struggle against corruption. Yatsenyuk's great expectations were associated with the money from the IMF. The sitting Ukrainian Prime Minister was promising to bring at least $3.5 billion in the country's economy. Yet, neither business nor experts have seen any improvement of the investment climate in Ukraine.

In the first quarter 2015, Ukraine's index of investment attractiveness of the European Business Association (EBA) made up 2.51 points out of possible five. Although this is not the worst result, it is below the average score in 2014.

Salary: This is rock bottom

To this day, no Ukrainian can see even a sign of European salaries. In addition, the living standard in Ukraine has hit its bottom. Previously, Ukrainian salaries were lowest in Europe. Nowadays, salaries in Asian and African countries are even higher.

After the promised raise, salaries and pensions in Ukraine will remain minuscule. The minimum pension will reach the level of 49 dollars (1,074 hryvnia), whereas the minimum salary - $63 (1,378 hryvnia) at the rate of 22 hryvnia per dollar.

The poverty line, according to UN standards, makes up $5 a day or $150 a month! For comparison, the minimum salary in Nicaragua is 94 dollars, in Haiti - 89 dollars. As for EU countries, the lowest level of salary is registered in Bulgaria: 184 euros - that is three times higher than in Ukraine. The minimum salary of Luxembourg (1,923 euros) is only a dream for Ukrainians.

Visa-free travel: No visas at all

The Ukrainians have been hearing promises about the visa-free regime for nearly ten years. At first, the free entry to Europe, was "expected" after the signing of the association agreement with the EU, then - from 1 January 2015 and then - right with the introduction of biometric passports.

Meanwhile, going to Europe has been getting a bigger problem for most Ukrainians. Many Schengen countries refuse to approve visas to Ukrainians. What is worse, some countries annul open visas to citizens of Ukraine. To crown it all, consulate offices check the solvency of Ukrainian travelers to the EU more carefully. The share of Ukrainians who can demonstrate "appropriate" official salaries for a visa is less than one percent.

Ukraine's position in the global ranking of freedom of travel has remained unchanged. Ukraine takes the 53rd place. For Ukrainians, visas are not required  for 79 countries of the world. For comparison, residents of Macau can travel to 122 countries without visas, Honduras - to 116 countries, Guatemala - 114, Trinidad and Tobago - 103.

Russian residents, despite all sorts of sanctions, may freely travel to one hundred countries of the world. As for the leaders of the list, citizens of Great Britain, Germany, Finland, Sweden, the United States can travel to 174 countries and they do not require to obtain a visa.

Level of stability: Below average

The rating of weakness made by The Fund for Peace, US-based think tanks and influential US magazine Foreign Policy reflects the ability of the authorities to control the integrity of the country, as well as political, economic and demographic situation. In the study, experts rated conflicts on 12 criteria.

South Sudan takes the lead with 114.5 points. South Sudan is followed by Somalia, Central African Republic, Congo and Sudan. In all these countries, ruled by tiny elites, there are combat actions, their economies are close to a catastrophe, and the population lives in extreme poverty.

On the list of 178 countries, Ukraine takes the 84th place.

What does Merkel want from Yatsenyuk?