Who arranged the coup in Tajikistan?

General Abduhalim Nazarov (Nazarzoda), with the support of commandoes, tried to arrange a military coup in Tajikistan. The general himself has a different version: it was a provocation from the government to strangle the Islamic opposition. The Americans have not yet supported the "rebels," even though in the United States, Rakhmon is considered a "pro-Russian dictator." The Tajik president himself is looking for traces of ISIS in the putsch. 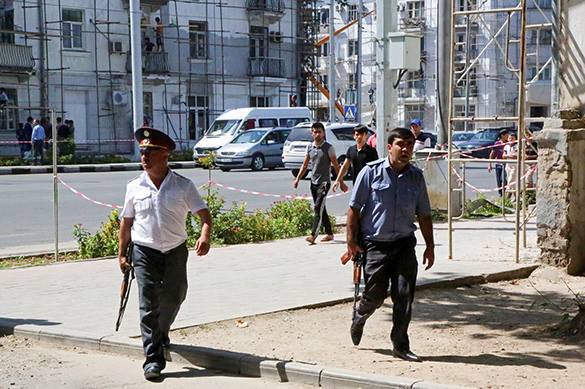 The clashes took place on Friday in the small town of Vakhdat, some 15 kilometers from the capital, near the central directorate of the Ministry of Defense in Dushanbe and in the area of the Dushanbe airport. According to various estimates, from 17 to 33 law enforcement officers were killed in the clashes. Gen. Nazarov's soldiers lost up to seven men.

Seven citizens of the republic, including two senior officers of the Ministry of Defense of Tajikistan,  were charged with terrorism for rendering direct or indirect assistance to former deputy head of the defense department.

The general and his commandoes are now hiding in a gorge some 150 kilometers far from Dushanbe. The authorities of Tajikistan are conducting a military operation against the group.

The most recent events in Tajikistan take us back to the events in 1992-1994, a civil war of the clannish nature, when Khodzhi Khalim was a warlord fighting against commander Emomali  Rakhmon.

After the peace agreement was signed with the mediation of Russia in 1997, the United Tajik Opposition (UTO) received quotas for portfolios in the government. Khalim became Nazarov and then Nazarzoda. He joined the army and made a military career. On August 28 this year, the Ministry of Justice of Tajikistan announced the activities of the Islamic Revival Party illegal.

Khodzhi Khalim said via the Internet that the recent events in Tajikistan were a provocation from Rakhmon, who decided to eliminate many former UTO commanders.

According to Khalim, the government intended to announce that commanders had been killed in combat actions. Further, the letter states that the people of the general disarmed the soldiers and took their weapons, because they had no other choice.

Tajik President Emomali Rakhmon, at a meeting with residents of Vakhdat, said that the organizers of the coup were acting under instructions from the Islamic State.

"In such a region as Tajikistan, the Islamic State is more of a horror story than a real force," Dmitry Verkhoturov, an expert with the Center for the Studies of Modern-Day Tajikistan told Pravda.Ru. - I do not think that Nazarzoda has joined ISIS. In my opinion, this is simply an attempt to explain what happened."

"The President of Tajikistan was burdened with the fact that he has opponents, with whom he used to fight as a commander of the armed struggle, Adzhar Kurtov, a historian, political scientist, editor in chief of National Strategy Problems told Pravda.Ru. - Step by step, he started wiping out opposition from power structures. The conflict was developing within the Tajik society, and when the Islamic Revival Party failed to win the parliamentary elections, some Muslims began to perceive the actions of the authorities as a war against Islam. They started looking for support, including abroad, and the Islamic State may have used the opportunity to find its followers in Tajikistan."

The conflict is not likely to evolve into a protracted one, because there is a Russian military base in the republic. The base is a security guarantee for Tajikistan, the expert told Pravda.Ru.

What was the reaction from the West? Washington closed the embassy in Dushanbe being afraid of another Islamic coup.

"In the early phases of the Afghan war, Mr. Rakhmonov aided the United States military by allowing special forces units to pass through Tajikistan into Afghanistan, across a long and poorly guarded border. The country is also a link in the United States' northern supply route into the war zone, and one of the possible routes out for heavy equipment like armored vehicles," The New York Times wrote.

Western analysts say that Rakhmon's repressive policies may backfire in terms of the radicalization of local Muslims. President Rakhmon may eventually face an Islamic rebellion under the leadership of the Islamic State or another force that needs to conquer new territories.