Polonium-210 and Yasser Arafat's death: Mystery of the century

What killed Palestinian hero Yasser Arafat? Eight years after his death, a high content of polonium-210 was found on Arafat's personal belongings. It appears that the mystery was solved, but questions still remain. Pravda.Ru spoke about it in an interview with academician Leonid Ilyin, who took part in the examination of Yasser Arafat's remains. 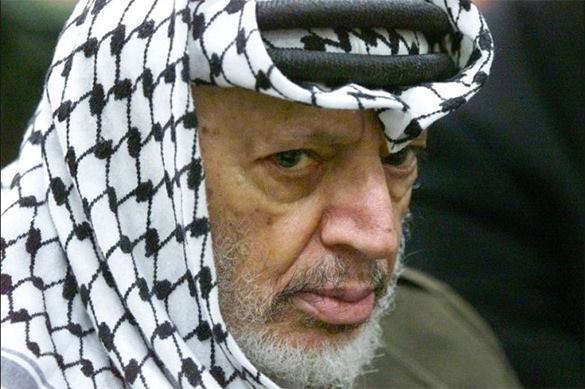 When Yasser Arafat was alive, some thought of him as a hero, whereas others considered him a terrorist. Arafat went down in history as a national hero of Palestine and one of the most prominent politicians of the 20th century.

Yasser Arafat died on 11 November 2004. He was 75 years and, seemingly, there was nothing heralding his death. He suddenly felt ill and was rushed to France, where he died at the Percy military hospital near Paris. Arafat's wife did not give permission for the autopsy, and medics were unable to establish the cause of his death. It was said that Yasser Arafat died because of a massive stroke.

However, nearly eight years after the death of Yasser Arafat, specialists at the Institute of Radio Physics in Lausanne found a high content of polonium-210 on his clothes, headwear and toothbrush.

The discovery stirred quite a commotion in the world and generated numerous theories of his death. In August 2012, Arafat's widow filed a lawsuit against unidentified killers of her late husband, and French prosecutors opened an official investigation into his death. Palestinian President Mahmoud Abbas gave permission for the exhumation of Arafat's remains on 27 November 2012 in the city of Ramallah. Experts of three countries - Switzerland, France and Russia - took part in the process to examine the remains of the late Palestinian leader. The specialists had to answer the question of whether it was polonium-210 that killed Yasser Arafat.

Russia's group of experts was chaired by Hero of Socialist Labor, laureate of Lenin and State Prizes, Academician Leonid Ilyin. Mr. Ilyin is one of Russia's leading scientists in the field of radiation protection. Presently, he serves as the head of the State Scientific Center of the Russian Federation - the Federal Medical Biophysical Center named after Burnazyan.

"It was a very important case that we were responsible for. It was not just about the honor of our science, but also about the honor of Russia on the whole. Our institute was established in late 1946. It was the first scientific institution that worked on problems of pathogenesis, treatment of radiation sickness. We also studied toxicology of radioactive substances, including polonium-210. Yet, the case of Yasser Arafat was unique. It was the first time when there was a need to obtain information about the content of a particular radionuclide in the remains of a long-dead person in connection with suspected radiation poisoning as a possible cause of his death.

"It required absolute accuracy. Eight years had passed since the burial of Yasser Arafat. Soft tissues of his body had been completely decomposed and it was difficult to distinguish between separate organs.

"Polonium concentrates in the spleen, liver and kidneys, so  it was decomposed fragments of these organs that were examined in the first place. Samples of his bones were studied as well. Further, polonium-210 belongs to a chain of radioactive decay of uranium-238 that is widely spread in nature. This substance is always present in our environment, including in the body of every human being. This natural background complicated our analysis.

"During eight and a half years after his burial, the initial activity of a radionuclide, if present, would be reduced 7 million times!

"It became obvious that if someone tried to poison Arafat with polonium in October-November 2004, by May-June 2013, the initial activity could have reduced to natural background values. In this case, it would be impossible to establish the fact of poisoning. We needed medical records of the patient. When the Palestinian side provided Arafat's medical documents to us, we had an opportunity to compare the materials of clinical observations.

"We studied samples of his bones, teeth, soft tissues of the occipital part of the head with hair, as well as fragments of the shroud and samples of soil above and below his remains in the tomb.

"Polonium-210 is a radionuclide that can be distributed in organs and tissues of the body smoothly. If it enters the body in large quantities, then the deterioration will be very similar to acute radiation sickness from external radiation, as it was during the Chernobyl disaster.

"The poison deteriorates the blood system, bone marrow, and the body can not defend itself against infections. This is a general picture of radiation exposure. However, polonium-210 has a few peculiarities. During polonium poisoning, one can observe multiple spontaneous hemorrhages and heavy bleeding. In addition to deterioration of the hemopoietic system, it is the liver and kidneys that fail.

"Arafat died on the 30th day after the onset of illness. No signs of deterioration of the hematopoietic tissue were identified. The bone marrow was functioning normally. Doctors did not observe any form of fever or signs of focal infection. There was no bleeding either.

"His kidneys were functioning normally during 25 days. They failed at the final stage of the disease. Thus, on the basis of the detailed analysis of the medical documents that were provided to us, we can firmly state that there were no symptoms of radiation sickness typical of polonium-210 intake."

"The results of the physical part of the research were a surprise to all. The samples of the remains of Yasser Arafat showed that the activity of polonium-210 radionuclide considerably exceeded natural background values. The samples were analyzed simultaneously at two different laboratories to ensure the analysis of materials is independent. The comparison of the results confirmed the accuracy of the data.

"We can thus make a hypothetical assumption that the radionuclide entered the body of Yasser Arafat in October 2004, that is, a month before his death."