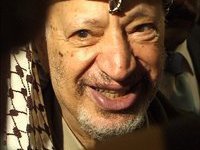 The international investigation of causes of death of former Palestinian leader Yasser Arafat has come to an end.

Experts confirmed that he died as a result of polonium poisoning.

The results of the investigation were handed over to the widow of the  Palestinian leader, Suha Arafat. She will then decide what to do with this information and whether it is subject to official publication.

The last examination of Arafat's death was carried out by French, Swiss and Russian experts. Experts have examined the biological material obtained during the exhumation of the body of the Palestinian leader, conducted in November 2012.

Former head of the Palestinian Authority Yasser Arafat died in 2004 in Paris at the age of 75. Arafat's death was preceded by a brief illness, the causes of which could not be established.