Flight MH17: A year of silence

An injection of sham information by CNN two days before the anniversary of the Boeing 777 tragedy in the Donbass has become another reason to raise the question of Russia's reaction to such information attacks. 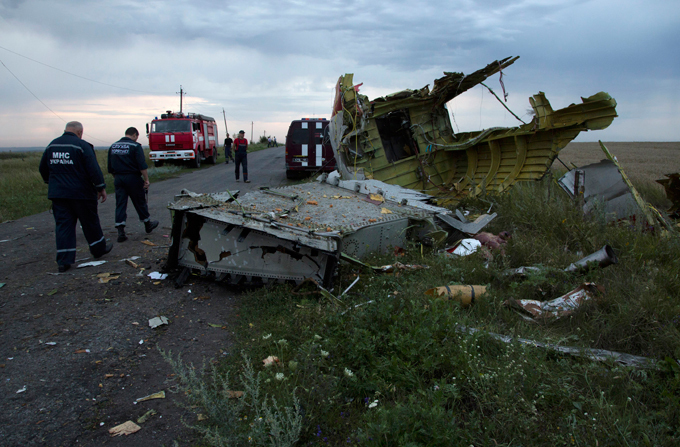 It is hardly a coincidence that the information from the American TV channel appeared a couple of days before the anniversary of the Malaysian Boeing disaster. Yet, the CNN report contains practically nothing new that would make it different from the version that was announced soon after the passenger jetliner crashed near Donetsk.

Now, the guilt of militia fighters is "substantiated" with a draft report from the Security Council of the Netherlands about the causes of the plane crash.

The bottom line of the report is as follows: the missile was launched from the territory controlled by the Donbass militia. A report on the CNN website says that it was a"Russian missile."

In general, everything is clear. As US Ambassador to Russia John Tefft said when answering a request to provide at least a few additional facts, "We just know it."

US Secretary of State John Kerry also said on July 16 said the missile that shot down the aircraft was launched from the territory controlled by militia forces.

The West accuses Russia of the crime it did not commit

As was mentioned above, now the information is presented with reference to the draft report. Of course, there will be no official comments released on the matter until the report is published. CNN's piece of news is obviously connected with the idea of the international tribunal for the crash of the Malaysian Boeing in Ukraine.

Russia sees the tribunal as "premature and counterproductive," because the investigation of the tragedy has not been completed. This is what Russian President Putin said to Dutch Prime Minister Mark Rutte on Thursday. Putin stressed out that the investigation should be independent and comprehensive and condemned the appearance of far-fetched and obviously politicized information in the media.

Moscow refers to Resolution 2166 of the UN Security Council, which stipulates a comprehensive, independent and thorough international investigation into the crash, to subsequently ensure inevitable punishment of those guilty of the crime.

The initiators of the idea of ​​the tribunal - the Netherlands and Malaysia - also refer to the resolution that was adopted on Russia's initiative.

What can Russia oppose to "We just know it"?

On July 16, Deputy Head of Federal Air Transport Agency, Oleg Storchevoy, said that Russian radars in Rostov would have registered a missile, if it had been launched by militia forces. Will Western officials and investigators listen to Russia's arguments, or will they say it again - "We just know it."

There is still a hope for the objective investigation of the tragedy in the Donbass.

"We need a comprehensive investigation, but we do not have it happening. We see how the situation is developing in the east of Ukraine. NATO is proving the presence of Russian troops there with the help of quotes from some chats and online interceptions. There is no objective evidence from their military intelligence. There are civil and military systems to control air traffic situation in Europe, but we have to deal with such serious gaps instead," Sergei Yermakov, deputy director of the Tauride information-analytical center at RISI, told Pravda.Ru.

On July 17, Australian website News.com.au published a video of the first minutes after the crash of Boeing 777 in the Donbass. The video shows militia fighters inspecting the crash site.

The reaction from Australian Foreign Minister Julie Bishop was indicative. Having called the video "disgusting", she expressed a concern about the fact that the video  was released only a year after the crash. In Bishop's view, the video may be of interest to the Dutch authorities that investigate the disaster.

Does it mean that the investigators have not seen the video before it was exposed to the general public? If so, are they investigating anything at all?