Is deployment of troops, decisions to bomb people, aiding and abetting terrorist groups, staging coups d'État, interfering in the internal affairs of sovereign States, all the hallmarks of Western foreign policy, producing a safer and more stable world? Or are we edging towards a very dark place? It appears that we need a fundamental policy rethink. 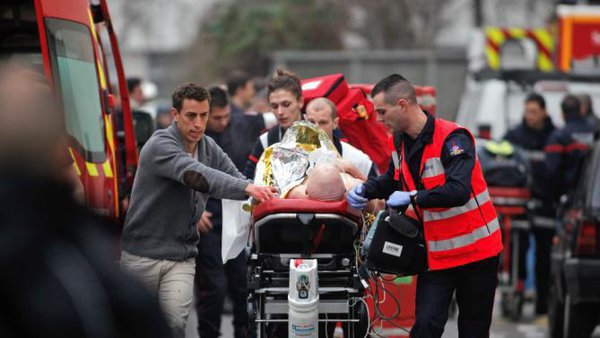 I choose the expression "Western" foreign policy, based on the actions of NATO in general and the FUKUS Axis (France-UK-US) in particular since the beginning of the 1990s, with their interference in the Balkans which led to the horrific civil war in Yugoslavia, which led to the expansion of Pan-Albanian interests and the spreading of the tentacles of the UÇK (Ushtria Çlirimtare ë Kosovës, or Kosovo Liberation Army) into Serbia and Macedonia. I am speaking also about the act of intrusion in Afghanistan, terrorist strikes in Pakistan, the enormous breach of international law in Iraq and Libya and today, the chaos which is Syria.

I am speaking about the development of Islamic State, which now starts to mention Southern Russia as well as parts of the Iberian Peninsula as part of its Caliphate - Islamic State which grew up under Washington's nose and on Washington's watch in Iraq. And where exactly were Washington and its willing and obedient European poodles when Islamic State was forming and spreading out to the size of a large European country?

But the problems in today's world are not restricted to Islamic State. True, its presence and operations have grabbed the headlines due to the ferocity of its attacks and the atrocities it has committed. However, in the first six months of 2015, Islamic State carried out only one quarter of terrorist attacks worldwide.

From January to June 2015 there were 124 documented terrorist attacks, causing 4,119 deaths or missing persons and 2,915 injuries/victims of kidnapping. Islamic State carried out 32 of them, while Boko Haram (North-West Africa) was responsible for 19, the Taliban 13, al-Shabaab 7, al-Qaeda 5, and a host of other groups from MILF (Moro Islands Liberation Front) to Lone Wolf attacks in the USA to attacks by Japanese nationalists, the Ukrainian national armed forces and of course terrorist groups in Syria fighting against President Assad. Many were Islamist but not all; none were Islamic due to the fact that justification for a terrorist atrocity is in itself a perversion of Islam.

So much for the global global-trotting policeman

So Western policy, globe-trotting and parading as the world policeman, is not working. On the other hand, countries such as Russia, China, India, Brazil and South Africa, along with most of the others, stand for a multilateral approach using the United Nations Security Council as the proper forum for discussion and debate and crisis management. This is after all what the West signed up for when the UNO was created in 1945, seventy years ago. Increasingly, instead of using it and strengthening it as an organization, the West is deriding it and disrespecting it, then complaining that it does not work.

Let us not underestimate the power of terrorism. On June 26, at Sousse in Tunisia, precisely one week ago, a deranged young man carried out an attack which took away the lives of 38 people, destroyed 38 families and armed with an automatic weapon and a few grenades, destroyed the livelihoods of 450,000 people at the same time for the foreseeable future. A second, similar, attack would be like a tsunami for the entire North African tourism industry, standing on shaky foundations precisely because Western foreign policy alienated the entire region.

Imagine the impact of such an attack on the Mediterranean coast in Spain. Western policymakers may cheer an attack in the Caucasus but supposing it was the Costa del Sol?

For those who read this, say all very well but what are you proposing we do, the answer is a lot. The approach is not deployment, it is development. If the fuel of terrorism is the fire in the bellies of young males (mainly) then fighting it with more fire is senseless.

Terrorism is fueled by the fire built upon a pyre of a perceived common cause, rallying around a downtrodden, hopeless and hapless victim, and railing against the aggressor, while glorifying leaders of the cause. Terrorism thrives on the mutual consent, if not confidence, in the areas which harbor its operational units (fighters) and terrorism is organized like any crime network. Terrorism is financed through trafficking of weapons and drugs, oil, counterfeit money, donations through NGOs/charities, and in the case of many Islamist organizations, through direct funding from Saudi Arabia and Qatar, with whom Western leaders do deals and with whose leaders they queue up to take a selfie as they pump their hands enthusiastically with stupid expressions on their faces.

Reacting to a terrorist attack with vigilante justice, especially with NATO's record of "collateral damage" or in a word, "bugsplat", would not seem the most intelligent way forward. The challenge is how to react to a manipulation of "zakat", the Moslem custom of donating a percentage of wealth to charity and fundraising activities. This requires not only IQ but also emotional intelligence.

The key words here are respect for local customs, education, development and work. Unfortunately this is something that Western societies with their wonderful economic system cannot provide. The approach is based around understanding, humility and emotional intelligence. Unfortunately these are concepts which Western societies simply do not comprehend. So maybe it is time for a fundamental change in approach. Before it is too late. And given the procurement of Islamic State at this moment in time, the notion remains, as someone said, you ain't seen nuthin' yet!