France and Tunisia make the western news headlines, Syria and Kuwait seem to have been forgotten. 1 dead, 2 injured in France, at least 27 dead in Tunisia, many western tourists among them. Elsewhere, with no western victims and therefore out of the spotlight, 16 dead in a Kuwait Mosque blast and a horrific massacre at Kobane in Syria, where Islamic State has returned. 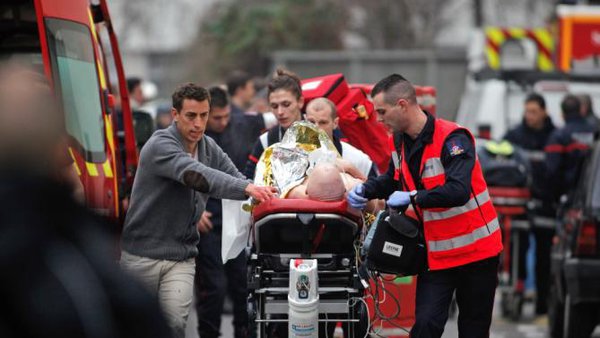 France has increased its security level to the maximum after a terrorist strike at a US-owned gas production facility in Lyon, south-eastern France, occasioned the death of one man

The attack in France was at the Air Products gas factory in L'Isle-d'Abeau, Saint-Quentin-Fallavier, Lyon, south-eastern France, in which a man known to the French security services since 2006 drove a car into the factory, shortly before the head of a local businessman was found hanging from the factory gates with an inscription in Arabic attached to it. The attack was perpetrated at around 10.00 a.m. local time.

The car was driven through the factory gates and careered into some gas canisters, which caused an explosion wounding two people. French President François Hollande stated that "We have no doubt that the attack was to blow up the building. It bears the hallmarks of a terrorist attack", adding that "We all remember what happened before in our country", promising that France will never give in to fear", remembering the Charlie Hebdo attacks in January in which twelve people were killed.

One man arrested in connection with the attack, namely 35-year-old Yacine Sali, under investigation for radicalization between 2006 and 2008, when the investigation was discontinued. Sali, a father of three, does not have a police record. Another man was arrested after being seen driving back and forth past the factory.

The terror attack in Tunisia was perpetrated in the tourist resort of Sousse, where an attempted attack in 2013 failed. At least twenty-seven people are confirmed dead and tourists remain hiding in their rooms. Hotel Bellevue and the Royal Kenz Hotel were the ones affected in the terrorist strike, carried out by gunmen on the beach. Some eye-witness reports indicate that the gunmen arrived on boats.

6.1 million tourists visited Tunisia in 2014, showing the importance of an industry which supports 473,000 jobs and contributes over 15 per cent of the North-African country's GDP.

Meanwhile in Kuwait City a bomb went off in the Shia al-Imam al-Sadiq Mosque during Friday prayers. A Twitter account linked to Islamic State claimed responsibility for the incident, stating that the attack was carried out by a suicide bomber wearing an explosive belt, who was a member of Islamic State affiliate group Najd Province. 179 people have been treated for their injuries, while sixteen people are confirmed dead. Nearly all the victims are men and boys.

Islamic State re-entered the northern city of Kobane 24 hours ago and have already massacred 120 civilians. The terrorist forces fired at men, woman and children as they entered the town from which they were expelled earlier in the year. It is thought this latest attack is more of a revenge raid than an invasion.