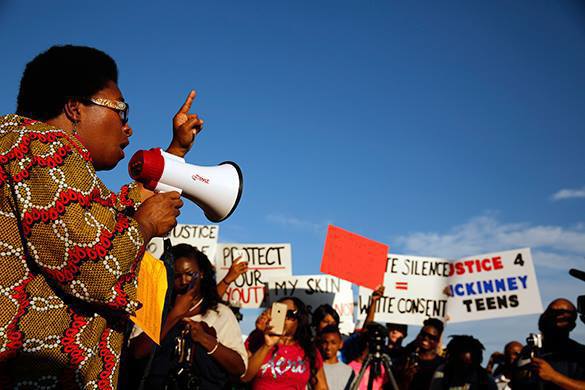 "We're setting the stage for a terrorist attack in this country. And the group is not going to be ISIS, it's going to be 'US-IS,' us against these unjust law officers and people who continue to allow racism to grow into this city," Wright said.

Wright's comments follow a recent incident, in which a Texas police officer pointed his gun at unarmed black teenagers at a pool party in Texas before knocking a girl in bikini to the ground last Friday.

Witnesses to the incident claim the officer, who has since been placed on administrative leave, specifically targeted minorities after arriving on scene.