Ukraine repeats the mistakes that Russia was making during the 1990s

As many experts note, Ukraine repeats the mistakes the Russia was making during the so-called period of the dashing 1990s. Presently, Kiev is preparing for large-scale privatization that may take place in Ukraine in the second half of 2015. Pravda.Ru spoke to political analyst Sergei Mikheev about possible consequences of privatization in Ukraine. 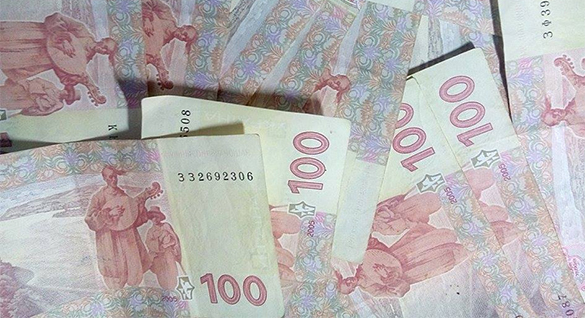 "It has been reported recently, that Ukraine was going to introduce moratorium on the payment of its public debt. Is it possible to say that Ukraine is declaring default?"

"This is a pre-default condition, obviously. It characterizes the entire post-Soviet Ukrainian idea: to shift the burden of their mistakes on others. Ukraine wants to take money from other countries saying at the same time that it is not going to give this money back. "Glory to Ukraine! "Come on, gentlemen, make your contributions," this is what Ukraine says."

"So they are not going to pay the debt?"

"They will not, but they will be asking for more instead. Of course, all this reduces the confidence of all investors in Ukraine. Such a decision would mean a serious decline in the attractiveness of Ukraine as a country for investment. By the way, the new Ukrainian government was trumpeting on every corner after toppling Yanukovych that they were entering a new era, in which the whole world would be investing in Ukraine.

"All of that was lies. The Ukrainian economy may default, affecting the visual appeal of Ukraine, most vulnerable segments of the population and so on and so forth.

"Why did they close the Zaporozhsky Automobile Plant?"

"The people who call themselves Ukrainian patriots, do not care a bit about Ukraine. I met such people even before the Maidan riots in Ukraine. When I had to go there for work, I have seen people who said, "We don't care about economy." That was 10 years ago.

"When I asked them if they wanted to break ties with Russia to ruin their economy, they replied that they did not care a t all about economy, machine-building and instrument-making. "We do not care at all." That was their answer - the Ukrainian integral nationalism.

Also read: Where is the truth about the events in Ukraine?

"Their main idea is to destroy and fight. It is essential for the Ukrainians to understand that the people, whom they brought to power as a result of the coup, are prime enemies of Ukraine. All the events that have been happening in Ukraine after Maidan prove that they are hopeless losers."

"But people have to make a living, they need to work, but the authorities close factories and coal mines."

"We often accuse Kiev of neo-Nazism, but this is a very strange form of neo-Nazism in Ukraine. In Nazi Germany, Hitler was taking care of his people: he gave his people jobs, he gave them food, after all. Ukraine is not Europe at this point. The Ukrainian government treats common people as rubbish.

"Those people, who understand this, leave. When I read all this news about curbed social programs, I thought - this is Holodomor 2. They are closing their own companies, their own factories, and no one makes them do so. Russia has never made either Poroshenko or Yatsenyuk sign any laws that would break all ties with Russia."

"Igor Belous, the head of the State Property Fund of Ukraine, set forth a powerful program, within the scope of which it is planned to privatize 317 companies, including those that were previously included on the list of strategic companies. They are selling off. He said that priority projects for sale are ports and energy companies. Is anyone going to invest in Ukraine under these conditions?"

"I think that all these laws will undoubtedly reduce Ukraine's investment attractiveness. Yet, these laws may reduce the price of the facilities that they are selling. These are pre-default laws, they are anti-Ukrainian in their essence. Russia has been there before. All the money that they may receive from privatization will vanish."