Only Iran can break ISIS by invading Iraq and Syria

The Middle East continues to remain one of the most  troubled regions in the world. Hotbeds of tensions continue to grow along with the number of new conflicts. Pravda.Ru discussed the current state of affairs in the Middle East with Russian MP, Director of the Center for the Study of the Middle East and Central Asia, Semyon Bagdasarov. 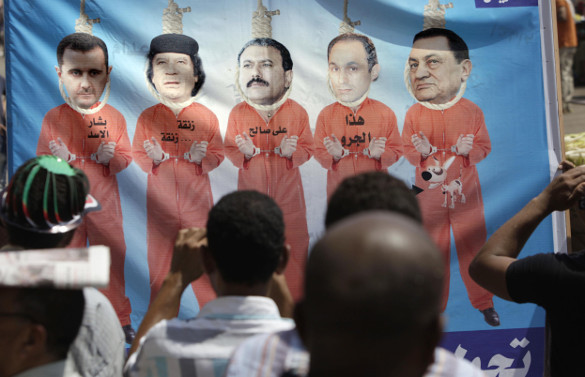 "The Syrian war -  is this our war, especially now, when the situation in Ukraine remains intense?"

"Well, clearly, the problem in Ukraine is a lot more serious for Russia, as Russia and Ukraine share a border that is 2,000 kilometers long. The Syrian issue is less important for Russia, of course. However, this is an issue of Russia's image in the Middle East. The events that happen there affect Russia's security. Russia has always supported the government of Bashar Assad, so if Assad's government falls, God forbid, then it would be a defeat for Russia.

"Turkey was primarily involved in the Syrian project. The Turks wanted to replace Assad with Muslim Brotherhood that is related to the Turkish party Justice and Development. Thus the ideology of neo-Ottomanism, which Mr. Erdogan preaches, would have been a great success."

"Erdogan was coming to power with a motto of "zero problems with neighbors." Today, Turkey does not have a friendly neighbor, as Erdogan managed to ruin relations with all of his neighbors."

It was Turkey's idea to remove Syria's Assad from power

"Recently, the Turks have decided to sell their stake in the Transatlantic pipeline, having thus put Azerbaijan in a very awkward position. They have no understanding of some obligations or long-term cooperation. In Syria, it goes about direct involvement in the war, and it is the same thing in Iraq. In Iranian Kurdistan, the Turks took a flexible position. They do not fight with the Kurds, but invest in them to strengthen positions there, given the dependence of Iraqi Kurdistan on transit via Turkey. Today, Turkey is the third largest investor in the region, following the United States and Israel.

"Toppling the current regime in Syria is ​​Erdogan's idea. As I understand it, he had persuaded the US leadership in the face of Barack Obama that the Assad regime would collapse quickly. Erdogan even publicly said in 2011 that the Turks would be praying in Syrian mosques in a year. He did say that.

"However, things proved to be different. Bashar Assad's regime has been resisting both internal and external aggression for four years.

"In Lebanon, when the civil war was on, many would say that the conflict could be resolved politically. However, the political resolution came only in 15 years, when they realized that one had to do something to finally stop the bloodshed. The Cairo accords were signed. Yet, the situation in Syria is more difficult, and the country is being destroyed. Syria will not exist as a joint state. As in Iraq, there will be several separate states created instead."

"This is a terrible thing to say that Syria will not be restored. US Secretary of State John Kerry admitted in a conversation with Russian counterpart Lavrov that Libya was NATO's mistake that they were doing again in Syria."

"Turkey is a member of NATO, and Turkey is not going to pull out from NATO. Mr. Erdogan and his military officials expressed a desire to lead NATO Rapid Response Forces in 2021. Of course, Turkey wins support.

"Secondly, the Syrian problem should be viewed in the context of the Iranian problem. This is the most important question for the Americans. For them, Ukraine is not so important - it is the Middle East that comes first. The Americans did not conceal the fact that they have spent 1 trillion 700 billion dollars on Iraq vs. 5 billion on Ukraine. The Americans also deal with the pressure from Saudi Arabia and Qatar.

"Iran is an unusual country. There is no other country in the world that would rise to the level of a great empire for so many times. Iran used to be the Achaemenid, the Sassanid, the Parthian empire ..."

"Is there anything that can help Assad now?"

"Assad is making several mistakes. He has lost independence. It is the Iranians who make all decisions, including in law enforcement agencies. Iran helps Syria a lot - with money, weapons and everything else. The Iranians are fighting with Hezbollah on the side of Bashar al-Assad. Technically, if he promised autonomy to Syrian Kurds and Christians, then it would be a correct thing for him to do.

"In Iraq, many people feel nostalgic about the days of Saddam Hussein. This is absolutely terrible. The only force that can break ISIS is Iran. If Iran mobilizes its army and moves it to Iraq and Syria, then ISIS will be destroyed. This would be the case of an open war with Arabian countries, though. If it happens, the Saudis will not sit on their hands, and the USA will interfere. The situation may develop into one big bloody massacre."