Near certainty of targeted drone attacks sows death for an apology 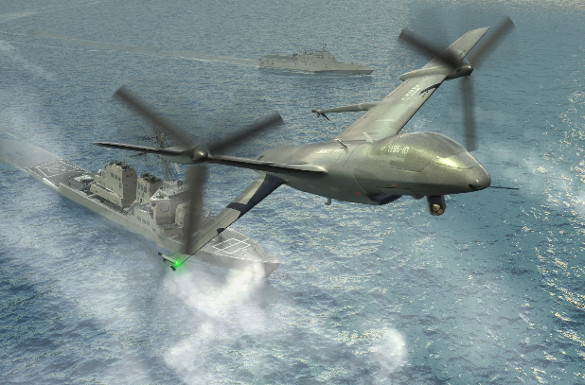 The 2015 film "Good Kill," directed by Andrew Niccol, has placed the question of Unmanned Aerial Vehicles (UAVs), or drones, used in the Middle East and Islamic territories for some 10 years now and always the subject of debate because of the devastation they wreak, back on the agenda.

The film deals with attacks made using UAVs against Taliban militants in Afghanistan. However, these attacks are not directed from Afghanistan, but from a military base in Las Vegas, Nevada, thousands of kilometers away. Officers identify places and people to be bombed from images on the screens in front of them being transmitted by UAV cameras. They lock onto their targets as easily as if they were playing a computer game, and destroy them with a single press of a key.

The main subject at issue in the film is the killing of civilians who happen to be present in the same place during these UAV attacks in pursuing the elimination of terrorists, either 'in error' or knowingly .

Scenes in which Muslim civilians are deliberately killed in a cold-blooded and ruthless manner, being regarded as "collateral damage," and in which the order to fire is given directly given by the CIA are particularly striking. CIA administrators collecting intelligence about the location of terrorists in the region are linked up to the military base in Las Vegas from Langley and watch the images sent back by the UAVs in real time. When the image of the target appears, the officers are able to give the order to fire disregarding warnings that 'women, children or elderly people' are also present in the terrorists' location.

However, the painful thing is that what is described above is not simply fictitious scenes from an action film. As made clear at the start of the piece, these are scenes taken directly from life showing a very small part of the truth. The American public is not given detailed information about drone attacks by the US in countries such as Pakistan, Afghanistan, Somali, Yemen, Iraq and Syria or else matters are glossed over with superficial statements.

It is not of course in the interests of those concerned to give detailed descriptions, because accurate information and figures would reveal the true scale of this inhuman violence. However, information gleaned from a number of independent sources is enough to give a general idea of the position. Figures show that in the time since UAV attacks began in 2004 up until 2013, more than 3,000 people have been killed "in Pakistan alone," including 42 members of al-Qaeda and 454 members of the Taliban; the rest being entirely made up of civilians.

The systematic UAV attacks in the territories cited have resulted in disaster, not only for the innocent civilians killed, but also for the survivors. Nobody knows when or where the drones are going to rain down death on someone's head, and whose. Towns and villages are therefore filled with people understandably terrified of going outside, or going to school or even to play outdoors.

Even the funeral of a terrorist killed in a drone attack (if that is really what he was) may be the target of a new drone attack intended to eliminate another terrorist believed to be attending it. Dozens of civilians horribly killed in that same attack can be depicted as unavoidable 'collateral damage.' And so these killings are justified.

In a statement last month, President Obama apologized for the killings of an American hostage, Warren Weinstein, and an Italian Hostage, Giovanni Lo Porto, during a drone attack against al-Qaeda in Afghanistan. However, nobody to date has apologized for the unknown numbers of other innocent civilians, probably in the thousands, who have lost their lives in drone attacks to date. Nobody has expressed one jot of regret. Were the little children, women and elderly people killed in those attacks not just as innocent and guiltless as the two hostages who were killed? The sad fact is that while great value is placed on the life of a Westerner, few people attach any importance to the lives of people living on the other  side of the world.

The standard employed in Obama's use of drone attacks is that of 'near certainty.' This standard demands that drone operators should take action only after ensuring 'near certainty' before the attack that no civilians will be affected. Yet near certainty is never the same as absolute certainty. No nation of laws, or the conscience of a responsible person, would accept the extrajudicial execution of the perpetrator of any crime without a trial. Yet, these UAV attacks wipe out not just the one alleged to have committed a crime, but also the people around him en masse.

Although the US claims that drone attacks are 'targeted attacks,' they are never so totally controlled so as to completely isolate the target from the immediate surroundings. This means that there is always the possibility of civilian deaths in drone attacks.

The thousands of people who have died to date are the most concrete evidence of this. It is therefore unacceptable for there to be a one in one hundred - or even a one in one thousand - probability of a civilian being in the target area and killed. Concepts such as 'near certainty' and 'targeted attacks' can never constitute a legitimization.

In conclusion, drone attacks and all forms of aerial bombing in which civilian deaths are inevitable must be stopped. It should be glaringly obvious that no results can be obtained from a method in which it is impossible to differentiate the guilty from the innocent. A solution needs to be sought, not in more powerful and effective weaponry, but in raising awareness and in education. That would be the lasting and the humane path to peace.