Building Russian-Chinese castles in the sky possible with lawyers' help 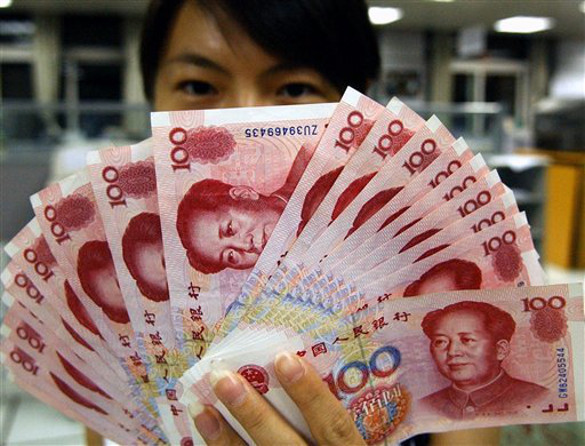 Russia and China are creating an investment fund for the development of the agricultural sector in the Amur region of Russia. The two countries also discuss the establishment of a special investment bank. It goes without saying that any form of cooperation is beneficial to all parties. However, Russian economists are cautious about cooperation with China in the Far East.

Russia and China will create a special fund to invest in agricultural projects. The parties involved in the project have agreed to strengthen cooperation in the field of agriculture, farming, processing, customs clearance, logistics and food sales.

Reportedly, the investment fund is said to be worth nearly two billion dollars, with Russia playing a minority role. The fund will collect mostly Chinese money, including from those investors who have significant experience in investing in the agronomic sector.

There is also a preliminary agreement on the creation of a new Russian-Chinese Investment Bank.

However, experts raise a number of questions onto how the work should be organized and how to make investments from China work for the development of the Far East of Russia.

"Today, agriculture makes up less than four percent of Russia's GDP, and there is practically no Chinese investment in the region, - associate professor of the Higher School of Economics, Sinologist Mikhail Karpov said in an interview with Pravda.Ru. - Yet, there are plenty of letters of intent being signed. The Chinese can invest, but they do not invest. I see all these agreements as something that does not do anything really."

"We need to normalize relations with the West in the first place, rather than worship China, - says Mikhail Karpov. - I think that Russia must become more predictable for China, as the Chinese are very wary of our unpredictability in terms of both domestic and foreign policy. Even now, there are neither legal nor technical restrictions for the Chinese to invest in Russia. Still, they do not hurry to invest. This is a very Chinese approach," the expert said.

In general, the Chinese see Russia as not a very predictable partner, in which do not want to invest much. This has been a peculiarity of China's investment policy in relation to Russia. Noteworthy, the Russian-Chinese trade turnover has fallen by 30 percent in annual terms.

According to Mikhail Karpov, Russia should cooperate not only with China, but also with Japan, Korea, Taiwan, the Americans, and, if possible, with Europeans. "Russia should not build castles in the sky as far as cooperation with China is concerned. Russia should diversify its cooperation in the Far East," the expert told Pravda.Ru.

Friendship with China is good with lawyers' help

As for labor force, there is a group of laws in the Far East that regulate the use of foreign labor. There should be certain quotas observed for the presence of Chinese specialists at joint Russian-Chinese enterprises. As for technologies - nationality is not important, the expert believes.

Russia and China will indeed create a platform for Chinese banks to fund Russian companies. The two countries will also sign an agreement to establish the Russian-Chinese investment bank. However, this is presumably an achievement of China, rather than of Russia.

Adequate documents have been signed during the recent visit of Chinese President Xi Jinping to Moscow. In addition to new financial institutions, China is to invest in the projects of Russian Technologies state corporation. In addition, China will support the development of Russia's Sukhoi Superjet-100 aviation project.

Read the original in Russian on the Russian page of Pravda.Ru

Building Russian-Chinese castles in the sky possible with lawyers' help