The end does not justify the means 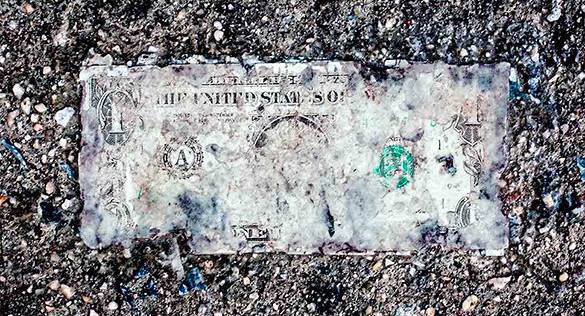 Everyone dreams of a peaceful world, but regrettably there is conflict in almost every part of the world. The number of countries that do not participate in a war or a conflict is extremely rare. According to the Institute for Economics and Peace's study in August 2014, only 11 countries out of 162 were not involved in any kind of conflict. Additionally, the director of the IEP Camilla Schippa stated that peace today has been "slowly but steadily decreasing" lately in her interview to The Independent.

9/11 attacks as casus belli for invading other countries

The 1900s was known as the century of wars, conflicts and the economic crises, as well. Even though all the parties can solve their problems through diplomatic means, some choose not to. They simply adopt the Machiavellian notion of "the end justifies the means" and see no inconvenience in waging a war to fulfill their national interests. They are cognizant of the fact that there will be collateral damage in wars and conflicts but do not hesitate to proceed by claiming there is a security threat to their country. For example, the US invaded Afghanistan in 2001 and then Iraq in 2003 using the 9/11 attacks as casus belli.

Unlike the opinion of some economists, wars have deep negative economical impacts on states. It is surprising to see some economists bring forth the idea that war is good for the economy. Some popular notions are that it was WW2 that brought an end to the Great Depression, however this is based on incorrect economic data. The Depression did not really end until 1947-48. Fundamentally this idea derives from the Broken Window Fallacy, which was put forth by the French economist Frederic Bastiat in his essay written in 1850.

The Broken Window Fallacy is a theory that depicts the senseless notion that something good is happening while concealing the real damage to society. It is about a story of a vandal throwing a brick at a shopkeeper's window and breaking it. The community gathers and starts to make comments in front of the shop. Some of them feel bad for the shopkeeper because he has to spend some money to repair his broken window while others insist there maybe something good about it. They say the glacier will be paid and with this money he will go buy something new and revive the market, which will in turn create new jobs.

Yet, this is only what is seen. If we focus on what is not apparent, we will realize that the shopkeeper himself would spend his money to buy a new suit and would consume on some other services. Besides, he would have his glass unbroken. Consequently, we realize physical damage destroys wealth no matter how much one party gets paid and stimulates the economy. We should always keep in mind there is always a hidden side, and better ethical ways of reviving the economy.

What is forgotten here also is morality and ethics. Violence always brings more violence and hurts innocent people. The same applies to wars. Some economists try to show as if there are positive sides of war such as the occurrence of new job opportunities and new technologies. However, this is only a one-sided outlook and completely untrue. What is unnoticed here is the inevitable number of casualties of civilians, terror and bloodshed.

The new jobs are created only in the arms industry but if there were no war, these jobs would have been created in other areas such as consumer goods sector. Besides, what would a person do with his new job when he loses his house and his family members in the war? Most of the houses and buildings are destroyed in a war. Construction companies may well think it is a good opportunity for them and they will make money by building new houses. However they fail to notice the people who lost their homes and their loved ones.

Wars decrease spending in other areas of the economy because the money has to be spent on military expenditures. It is also inevitable that government debt would increase, since much of the military spending is realized through borrowing from other countries. For example, the US administration financed the military spending for the operations succeeding 9/11 mostly by borrowing. As a result, the federal debt rose 37% in 2011 since the year of this terrorist attack in 2001.Additionally, the US paid nearly $200 billion in interest on war spending during the last decade.Such debts can result in bankruptcy of states such as we see in the history of Spain in 1557 and 1596.

War is always destructive and has great impact on the lives of people living in war zones. Their living standards are never like before. Most of them even have to leave their homeland and make refuge in neighboring countries. Some children are unable to continue their education since their schools are bombed. In the early years the Syrian civil war was attracting the media the most, but since it has reached its fifth year, the media does not seem to show much interest. However, civilians are still being brutally murdered, houses being demolished before the eyes of the world.

The economic impact of the war is devastating. The total economic loss since the start of the conflict until the end of 2014 is approximately at $202.6 billion. Total economic loss is equivalent to 383 percent of the GDP of 2010 in constant prices.  Wars not only affect the countries involved but also neighboring countries in terms of economy. For example, the threat of war in Central Europe was the main cause of the plunge in the Eurozone. If war were to re-start, it would devastate the efforts by the European Central Bank. Given these figures, no conscious person should be deceived by the fallacious idea that war is good for the economy because it is not.