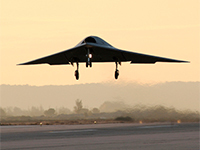 As with politics and social reality and actually just about everything else perception - about America´s military spending, capabilities and relative strength - is often more important than knowing the underlying facts involved.

Americans are routinely conditioned by the lobbyists of the military-industrial complex, mass media and the hawks in congress, to believe that our defense expenditures are barely adequate to keep up with the rest of the world; we seldom if ever sit down and examine the facts in a stone-cold, sober fashion for ourselves.

(It is in that context that the NY Times felt it could get away with such an obvious slap in the face to the easily obtained truth.)

The facts are indeed sobering: America has spent about 40% of the total, annual global expenditures on defense, by all countries, for the past decade. In fact, in 2012, the US spent about $600 billion on its military according to the OMB- could that be why we are $17 trillion in debt?

Now, how does that compare to the defense expenditures of Russia and China? The shocking truth is that those two alleged threats to US security (hegemony?) only spent about $200 billion, China a little more than half of it, or one-third of what America did.

Moreover the Pentagon had more in its budget than the next ten nations combined!

That means that either Eisenhower was absolutely right, and we have failed to heed his warning, or we are for our Superpower status and what it costs. In reality, most Americans probably just assimilate the propaganda dispensed by the mainstream media (as the Times editors we aware), then stay indifferent to the Big Picture in Rome, and change the channels...

Those realities aside, beyond the simple annual defense budgets, there are the matters of capabilities and readiness. Here too, the uninformed are in for some shocks. If you are thinking that Russia and China pose a real military threat, especially if they joined forces, consider the following facts.

The U.S. has ten modern, sophisticated aircraft carriers; Russia and China combined have two. China´s sole carrier is actually a retrofitted older, Russian model; they will not roll out their own until 2017. By then the Pentagon will have another brand new one and a second state-of-the-art model just about finished.

(Beyond the ten full-scale carries the Navy has an additional 10 mini-carriers, assault ships that carry attack helicopters- to zero for the other teams.)

Aircraft carrier superiority (air force, naval as well) would be especially crucial in any war between the U.S., Russia and China. The reason for that is due to the isolation of the US geographically. No military expert foresees a land-based war since the US could not put boots on the ground, either in Russia or China, and win a land-based war.

Obviously, the reverse is also true for Russia and China. They would find it impossible to mobilize any kind of ground offensive against America on its home turf. The carrier advantage gives the US a huge edge since bombing sorties could be launched 24/7, against either country from the Atlantic or the Pacific, by the 6th or 7th fleets, which would be escorted by destroyers and other vessels.

Add to that edge, another which is the vast number of overseas bases that the Pentagon maintains. Some of those bases sit very close to Russia in Bulgaria, Kosovo, & Germany for example; others close to China in Japan and South Korea for example.  With its vast number of military bases positioned around the globe and its superior aircraft carrier fleet, the US would have a heavy, strategic advantage.

Neither Russia nor China has any similar bases that would give them fairly close access to the United States for their military ops. Next, we seldom consider the NATO military assets as part of our arsenal but in fact - in time of war - they are. The Pentagon maintains numerous bases in the UK and other nations in Western Europe.

Great Britain is the 6th strongest nation in the world militarily and it´s aircraft carrier fleet equals Russia´s. The UK poses a considerable military force on its own. But when combined with the US the joint force would be overwhelming, to say the least. Adding the combined military assets of the NATO nations and it becomes crystal clear that they equal= overkill.

As of this writing, in fact, NATO is sending various military assets toward the Ukraine. In the Times article quoted above, Helene Cooper and Steven Erlanger noted that the United States "has drastically cut back its European forces from a decade ago¨ they were suggesting that that let the scales tip in Russia´s favor.

What they failed to mention, in the article, was that Russia´s forces had essentially evaporated. So, the US decreased its presence for obvious reasons. The next point to consider is the fact that the combined NATO military forces alone, without the US, are larger than Russia´s military.

Western Europeans whining about the Russian threat are still living in the Cold War. Either that or they are neo-fascists who want a war with Russia.

However, the once formidable Warsaw Pact, the Russian-(USSR) led alliance that was arrayed against NATO troops along the East-West German border does not exist today. In fact its former allied nations-East Germany, Czechoslovakia, and Poland-have been absorbed into the West, ironically even into NATO.

How could two seasoned journalists and the Times editor fail to note these obvious facts?

But as mentioned above, the US media is often simply the PR arm of the government and/or military-industrial complex. It is no secret that NATO has expanded to 28 nations many of which were formerly in the Soviet Union.

As the situation grows more tense and conflicted in the Ukraine - prompting western journalists to quickly recycle the Cold War - we should not forget the US just fought two wars. How can anyone seriously claim that the Pentagon is either underfunded or unready?

In terms of aerial-based weapons America has a total of 13,169. Russia has about 3,880 and China, 1,900. Add NATO air force assets and the advantage goes up to at least 6 to 1 in a US-NATO vs. Russia-China war. Now we have to turn to Asia where we find the US-Asian strategic alliances with Japan, South Korea, Taiwan and the Phillipines.

Here we find that South Korea has the 9th and Japan the 10th largest military capabilities in the world. The situation is analogous to that in Western Europe regarding the NATO alliance versus Russia. The US military machine is vastly superior to China´s. There is almost no real comparison that does not end up looking like we are comparing apples to oranges.

To illustrate this point, in 2012, Center for Strategic and International Studies experts, Anthony Cordesman and Nicholas Yarosh, compared the data on Chinese and Taiwanese military strength. They found that China's relative naval strength was growing. But Taiwan had actually improved the balance of air power in its favor between 2005 and 2012.

That does not bode well for China since it came when the economic growth rate was high, and there was a greater availability of new resources to spend on its military. But Taiwan exceeded them in terms of air force build-up.

In fact, though military-industrial lobbyists will deny it, Taiwan, So Korea and Japan, even without the US, present a formidable military force to China. Their combined air force would far exceed China´s, as would their naval strength. The usual counter-argument is that China has a huge population advantage.

That would make a difference if China backed North Korea against South Korea. Only in that instance would they be able to get their troops into the enemy nation. However, that scenario does not hold up even in Japan or Taiwan, let alone the United States. China simply does not have the air or naval power to pull off the logistics, and protect their soldiers, during a massive troop movement.

Now, thus far the largest defense budget China has mustered has been $143 billion to the Pentagon´s $711 billion. No comparison there. Russia´s current defense budget is about $95 billion. No comparison there. China has about 100 sophisticated, new 99 model tanks, to the US Army´s 8,700 M1 Abrams completely battle tested tanks, which are so effective that not one has been taken out by enemy fire.

When did Russia or China last fight a full-scale war?

This gives another huge advantage to the US, which has engaged in every type of ground warfare, and some aerial combat, in the last 20 years. From mountains to jungles, and from desert to urban environs, America has some of the most experienced warriors in the world.

The global military picture is completely asymmetrical and out of balance. America, and its allies, in addition to the foregoing basically own all the satellites that guide GPS systems. They have all the advanced stealth technology. Then there are those merciless, soulless drones to consider. The list goes on...

To start getting nervous - which is what you are supposed to do - when defense budget cuts are in the headlines is an obsolete reaction. America, NATO and the ASIAN alliance completely dominate the world militarily in terms of spending, capabilities and technologies. The irony is that everybody in the world knows it...but Americans.