Aggressive USA can never be separated from detoothed Europe

A well- known political scientist, deputy director of the Institute of CIS Countries Vladimir Zharikhin has recently paid a visit to the Pravda.Ru studio. In a conversation with editor-in-chief Inna Novikova, the political scientist spoke about the trap, in which Europe found itself after the Second World War and about the idealization of the West in the former Soviet Union. 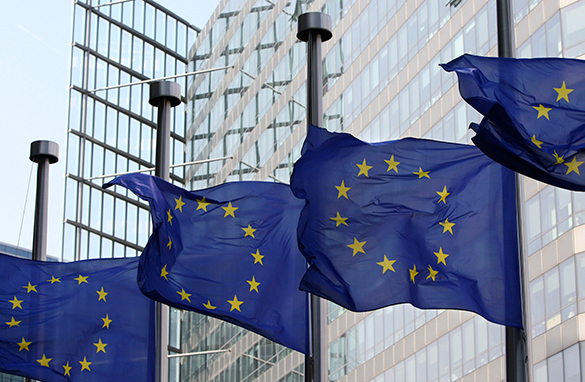 "Soon after the talks in Lausanne, many believed that as soon as sanctions are lifted from Iran, oil prices will collapse. Do you think it may affect the market?"

"Oil prices will go down a little, but not too much. Iran is not a wealthy country in terms of its oil reserves, and the Iranian oil will not show a special influence on the market. One should keep in mind the fact that the only way out from the Persian Gulf, including from Iran, is via the strait that is presently a battlefield.

Also read: USA strangles Europe under the cover of the Ukrainian crisis

"Russia will continue working on the project of a nuclear power plant in Iran, so we will be shipping a variety of equipment to the country. The Iranians are eagerly waiting for Russian vehicles and aircraft. They may place a very impressive order for the Russian Superjet-100. Russia has all chances to profit from all this."

"The US has again been accused of torture activities on the territory of Eastern Europe - Baltic countries, Lithuania, Poland, Romania. There were secret CIA prisons even in Britain. Questions are being raised, voluminous reports are being made public, but the Americans simply ignore all of those calls."

"We respond sharply to such issues, because it is still difficult for us to bid farewell to our idealistic notion of the Western world. This is true especially for the people, who were born and raised in the Soviet Union. During the Soviet era, our human qualities were purer. As for the West, we could learn only negative information about it.

Yet, because of our moral qualities and sense of conflict, it seemed to us that they were a lot better than they were painted. It has been 20 years already, but the feeling of disappointment still preserves and doesn't go. Time to let go now!

Most Russians still have an idealistic notion of Europe. Many think that Europe is all warm and fuzzy. Indeed, Europe is the source of our civilization, but it has never been warm and fuzzy. In a nutshell, Europe was spreading wars, crusades and racism throughout its history. Europeans would come to other countries to exterminate their populations. Who was doing racism in the USA? Immigrants from Europe were.

"The model of warm and fuzzy Europe was formed after the Second World War, when Europe lost many of its teeth for a while. The United States and the Soviet Union jointly occupied Europe, and Europe had nothing to do but to sit quietly. Now Europe is growing teeth again.

Europe and USA can not be separated

In general, what is Europe from the point of view of expansion plan? Is the United States not Europe? The US appeared as a relocation of Europe to another continent. They can not be separated.

Therefore, there is nothing surprising about the fact that Europe follows the United States, even to its own detriment at times.

In addition, Western Europe, in fact, entered into what is called a pact with the devil after World War II. Europe went straight under the US nuclear umbrella, having sharply reduced defense spending, thereby creating social peace and a nice showcase. Indeed, people live well in Europe. However, they have delegated a significant part of their political authority to the United States. And now we can see consequences of that."

"The Americans constantly conduct military exercises and marches in Eastern Europe, in the Baltic States recently."

"The Balts and Poles are convinced on the basis of their own history that this is being done in their interests. I think that they are totally wrong, but they have certain grounds to think so, because when Germany and Russia are friendly, then their countries are not. They remember very well how we were dividing them, and they do their best not to let Russia become friends with Germany again. They act as sincere allies of the United States - the Americans do not need a powerful Russia-Germany block.