Well-known journalist and political analyst Maksim Shevchenko paid a visit to the Pravda.Ru video studio to discuss the Ukrainian crisis. During the interview, the journalist talked about lies of Western propaganda and democracy, the situation with Ukrainian aviatrix Savchenko, staged video shooting in eastern Ukraine and delusions of Ukrainian President Poroshenko. 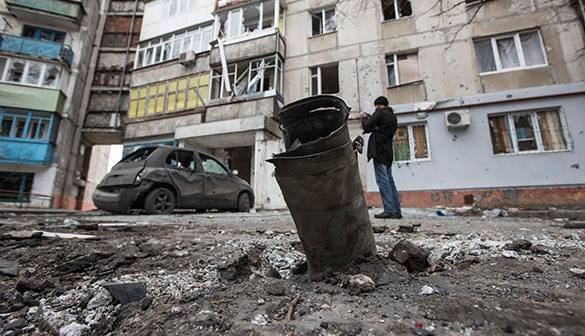 "Mr. Shevchenko, what do you think about the arrest of a citizen of the city of Vyazma, who is accused of treason? Can her call to the Embassy of Ukraine be considered treason from the point of view of common sense?"

"From the point of view of common sense, I think there are two situations that we have here. First - this is insanity. That woman, a mother of seven children saw in her window, or rather - it seemed to her - that she saw a military column passing by.  I'm not sure that she could distinguish between a tank made of cardboard or plastic and a real combat tank. She called the Ukrainian embassy and reported that. So what?!

"The second situation - it was all staged. Maybe, some part of intelligence services work against Russia. This situation is absolutely absurd. Of course, she should be immediately released. The West has not responded because they act on the go-ahead there.

"Western journalists flock like crows if there is a controversial story developing. I've spent the last few days in Donetsk. The city was being shelled all the time. The recent month was terrible. There are hundreds of victims in Donetsk. Yet, there were no Western journalists there, except for staff reporters, who are always everywhere.

"However, after the tragedy in Mariupol, two most expensive hotels were fully booked. Crowds of Western journalists were chattering like a flock of crows. Early in the morning, they all went to Mariupol, and what they saw was nothing but Mariupol. Journalists of Radio Liberty went to Gorlovka and somewhere else. All the rest traveled only to Mariupol and then back. As soon as they left, the shelling of Donetsk resumed. Donetsk was not being shelled during three days of their stay there. It seemed like everything had been prepared in advance."

"What is your assessment of the situation with Nadezhda Savchenko?"

"Today, the story with Savchenko works against the image of the Russian Federation. I would either have her deported from Russia or delivered into the hands of Donetsk justice. There are prosecutors in the People's Republic of Donetsk. If she committed crimes there, she must be judged there too.

"It is unclear why Russia should be involved in the struggle against this woman. In this struggle, even if Savchenko is going to be sentenced, the system has already lost. Have we forgotten Vladimir Bukovsky and all dissidents of the Soviet era, who were undermining the image of the system with their hunger strikes. Bukovsky's hunger strike made him a hero and everyone else - executioners."

"Why do you think our Commissioner for Human Rights, the PACE and many international organizations are concerned about this case?"

"I find it strange that Savchenko receives all this attention."

Western show of absurdity goes on

"Well, the PACE and other human rights defenders act very selectively, as if they are blind. In the Donbass, dozens of people are killed daily, but they are not interested in that. All they are concerned about is the fate of Nadezhda Savchenko. Meanwhile, Russia was deprived of the right to vote at the PACE, and this organization does not even want to listen to Russia. What's the point of all this?"

"This is a part of a big show, which, unfortunately, the Western society stages.

"Puppets on a string."

"Yes. They broadcast television shows, the goal of which is, let's say, to justify a budget or a political action. There are large oligarchic structures involved. In fact, the public watches  this show as a cover-up to the interests of the powers that be. I personally have always been a supporter of a different type of democracy, in which one can express their ideas and thoughts freely, and where there is no contrived political correctness that does nothing but restricts objectionable topics.

"I am opposed to political correctness. I have often criticized Vladimir Zhirinovsky, I have argued with him. But I do not think that one should prohibit him from expressing his thoughts. If he insults and offends someone, let the offended speak too."

"Not that long ago, the Chief of Staff of the Ukrainian army said that there were no Russian regular troops in Ukraine. However, it appears that they did not pay attention to that statement. They continue talking about the Russian aggression. Poroshenko signed the peace agreement, but then started playing his old record again."

Ukrainians need to wake up from their dream

"Many already understand. Members of the National Guard are zombified with their idea. Ukrainian military men understand that this war is not theirs. Yet, they work as military men, like a clockwork machine.

"Modern army is a war machine that politicians run. Many people resist and come out with anti-war positions. In general, the war for Ukraine is very hard. I would not say that all Ukrainian people are clinical idiots. A new wave of protests will sweep across Ukraine, when the terror regime in the country weakens. The Ukrainian people will topple this criminal government. Afterwards, they will immediately reconciled with the Donbass, because there is no fundamental conflict between the Donbass and Ukraine.

"I spent a week in the Donbass. It looked like First World War there. The shelling never stopped. Then foreign journalists came and everything just stopped - one could hear birds singing. Then the journalists left, and the shelling resumed.