World no longer has single power to make decisions for everyone

The modern world has become multipolar, NATO does not need a cold war with Russia, the EU pursued an erroneous policy towards European integration of Ukraine, the Ukrainian government may lose support of the world - these are the abstracts of statements made not by Russian but European politicians. Is a U-turn in the policy of the West towards Russia close? 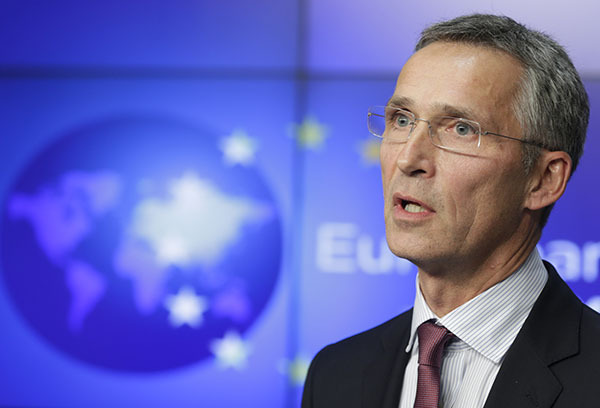 In the last few days, Western politicians voiced statements that contradict the official line of confrontation with Russia. The first were the outgoing and former officials. For example, the ex‑Commissioner for Enlargement Štefan Füle said in an interview to "Der Spiegel" that the EU policy towards Ukraine's European integration was unsuccessful since it was not accompanied by the "same ambitious and coordinated policy towards Russia. We have not been able to involve Russia in this process". The outgoing President of the European Council Herman Van Rompuy returned to the idea of ​​federalization and decentralization in Ukraine. "We need to find a way for Ukraine to become a decentralized (or federalized) and inclusive country. And only federalization will give Ukraine a chance to get out of the crisis," Van Rompuy said.

Ukraine may lose support of the world

Then it was picked up by the former U.S. Ambassador to Ukraine Steven Pfeiffer, in one of the Ukrainian news shows he said that the Ukrainian government might lose support of the world if it continued to slow down reforms. "Hopefully the Rada will work not as it has been doing for many years in the past. The condition for further assistance will be to implement reforms. The US has a very busy foreign policy schedule. If Ukraine does not make additional steps, then questions will arise here if Ukraine is actually worth the attention it requires. The EU will have the same questions, because it is obvious that there are many countries that want to avoid sanctions against Russia. It will be hard for advocates of new sanctions to find some arguments if Ukraine does not move in the right direction," Steven Pfeiffer believes.

Then it is getting even more interesting. Two Norwegians voiced nothing short of seditious thoughts. In an interview to the program "Vesti on Saturday" on the TV channel "Russia 1", the Council of Europe's Secretary General Thorbjørn Jagland said that there was no some single power in the world capable of making decisions for everyone. "There is Europe, but it is comprised of different parts and differs from one country to another in multipolarity that must be taken into account - Jagland said. - And the key question for Europe is how to have and keep the "European House" and, at the same time, take into account this diversity."

NATO Secretary General Jens Stoltenberg said in an interview to "Echo of Moscow" that NATO did not need a Cold War with Russia. According to him, in strained relations between Moscow and Brussels NATO's steps are a mere "response to Russia's actions". As for security of NATO countries, Stoltenberg refused to put building relations between the West and Russia on a par with the struggle against the Islamic State.

"Private persons who were famous politicians or experts in the past were the first to make statements, followed by public officials. I think it is a natural sequence, it is not a coincidence, Vladimir Shapovalov, Head of the Institute of Political Science, Law and Social Development, MSHU named after M.A.Sholokhov, told Pravda.Ru. - It is an attempt to feel out possible options not for a retreat but for normalizing relations with Russia. And undoubtedly according to any diplomatic rules, in such a conflict the first statement must be made by an unofficial source, in this case it was the abovementioned famous politicians and currently respectable experts."

"When I read these two interviews (Jagland's and Stoltenberg's), I was surprised at first, and then I was pleasantly surprised. Because I did not expect such standpoints from these two politicians, after all they are State Department and CIA operatives, loyal conductors and executives of the American influence in Europe and the world, - Oleg Andreev, professor, specialist for international regional studies on issues related to "European Union and Russian Federation", commented to Pravda.Ru. - I think there were intensive negotiations, brainstorming, coordination of standpoints, and they made a coordinated announcement almost on the same day".

According to him, now there is a huge thinking and rethinking process taking place in Europe and the US, in governments, ministries, think tanks, among current and former politicians, diplomats, generals, high officials, etc.. "I suspect that Council of Europe, EU, NATO and USA will be changing their standpoints. And if it actually happens then "Russia will resume active operation in PACE, the more so because almost the fifth part of funding of this democratic talkfest is provided by the Russian government".

"The abovementioned declarations are a very important signal, the evidence of a collective opinion of the western society or, in any case, a part of the western society, the establishment. Its most reasonable and rational part that understands that, first of all, the West does not need a conflict with Russia and, second of all, a conflict between Russia and the West is very likely in this situation. They understand that relations between Russia and the West have reached a certain decisive point, probably a point of no return," Vladimir Shapovalov added to Pravda.Ru.

According to Vladimir Shapovalov, the range of the West's possible enforcement actions toward Russia is almost exhausted, and in this situation it is necessary to seek compromises. "Ukraine has become the foremost subject of talks lately. But other issues are not gone for good. For example, issues of the Islamic State, the western coalition leaving Afghanistan, Syria. They are more important and critical for the West than Ukraine. That is obvious. And they require not only stopping the conflict between the West and Russia, but seeking possible cooperation with Russia on the abovementioned issues," the expert said.

According to Oleg Andreev, contrary to the existing opinion, American and European analysts and politicians are sure that "Russia is a power". That one must not talk to Russia from a position of strength, that it is impossible to bomb Russia. "The world is indeed multipolar. Aside from the Anglo-Saxon, European world, there is the East, the South, China, India, South Africa, Brazil and there is BRICS. There is Argentina, divided contradicting Arab world, Egypt, Turkey, Iran, etc. Therefore, Americans, followed by their interlayer - Council of Europe, European Union, NATO as a combat military and political Euro-Atlantic organization - are changing their standpoint".