Russia has written off the debt of over $20 billion to several African countries, the Head of the Department of International Organizations of the Ministry for Foreign Affairs of Russia, Vladimir Sergeyev, stated speaking at the UN General Assembly. The move seems to be strange and inappropriate under the conditions of the economic crisis. But the Russian authorities think strategically. Why did Russia do that? Why does Russia need Africa? 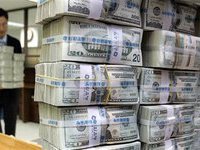 This write-off is not the first one. In 2008, Moscow wrote off $16 billion of debt of African countries. The diplomat said that Russia transferred $50 million to the World Bank's foundation for poor countries. The funds of the organization are directed to the development of the African region to the south from the Sahara desert. To crown it all, Russia allocated $ 43 million to the World Bank program during the last four years. The funds were assigned to improve education in developing countries - especially in African countries. More than 8,000 students from Africa study at the Russian higher education institutions, and more than a half of them study for free.

Russia has signed agreements with Tanzania and Zambia within the scope of the "debt-for-development" program. The agreements stipulate that the debt of those countries to Russia would be targeted for their development. The Russian government intends to sign similar agreements with Mozambique, Benin and Ethiopia.

Russia regularly writes off the debts of its debtors worldwide. The debts were formed during the Soviet period, when those countries were buying weapons from the Soviet Union. In September of this year, the Russian Federation "forgave" the debt of $11 billion to North Korea. In the summer of 2010, Russia wrote off 12 billion dollars to Afghanistan, and in the winter of 2008 - nearly 8 billion dollars to Iraq. Over the last 11 years, Russia has written off foreign debts in the total amount of  $80 billion and paid $124 billion to its creditors. Here is the list of the largest debts that were written off by Russia:

The figures are not small at all. This generosity hides balanced and prudent pragmatism.

Today, major powers are fighting for the African continent, which plays an increasingly important role in the policies of developed countries for their influence in Africa. The United States, China, England, France and India are increasing their political and economic influence in Africa. Russia does not want to be an exception. The interest in Africa is first of all based on its raw materials. In addition, Africa is a huge sales market.

Russian business also has its economic interests in Africa. Lukoil, Rusal, Gazprom, Norilsk Nickel, Renova, Alrosa, Rosoboronexport, Rosatom, financial and telecommunications companies - this is not the complete list of companies that operate in today's Africa. Russian companies used to invest in the mining industry. Nowadays, the range of economic cooperation has expanded. However, it should be noted that Africa accounts for only 1.5 percent of all of Russia's investments in foreign countries. This is the reason that makes Russia write off the debts of African countries.

Some experts believe that Russia in its relations with Africa seeks to return to the kind of cooperation that existed during the Soviet Union. This is not true to fact. Moscow understands that the use of previous models of cooperation does not make sense at present time. Africa represents an actual economic interest for the Russian Federation.

Russia's major economic interests on the African continent include:

- conducting the joint development of resources to increase the impact of exporting countries in the world economic system;

- the sales of its industrial products,

- exports of services and capital.

Indeed, unlike U.S., China and India, Russia is not very interested in the imports of raw mineral resources from Africa. This is what distinguishes our country from its competitors. It should be clarified that the Russian industry has a certain lack of certain minerals (manganese, chromium, bauxite), which could be imported from Africa. But the Russian economy is deprived of critical dependence on African resources.

The cooperation in the field of raw materials, production, processing and marketing is much more interesting because Russia has an opportunity to become a world leader at this point. In addition to the above-mentioned gas, platinum metals and diamonds, one may add uranium and oil. It is these markets that Russian companies are mostly interested in.

Russia is also interested in the development on the African continent of such sectors of economy as energy, metals and petrochemicals. Russia actively exports weapons and technology introduction equipment to Africa that other countries are not interested in developing in Africa. Thus, the export potential of the Russian industry directly depends on the active state support of the project to modernize the objects that were built on the continent during the Soviet times.

To increase its influence on the continent, Russia has to make certain concessions. Writing off billions of dollars in debt is an option, taking into consideration the fact that chances for those debts to return are slim. Most of those debts are the debts of the USSR. It is very difficult for any state to get such old debts back. Therefore, a creditor country looks for best ways to write off debts in exchange for certain privileges.

Former Economy Minister Andrei Nechayev said that any write-off was based on several constituents. First of all, a creditor may resort to this practice when it is almost impossible to have the debt paid back. In this case, creditors try to get something else in return. Secondly, it is political influence, and finally - the financial image of the country. When a country writes off somebody else's debt, it means that the financial situation in this country is stable. Russia intends to enter international capital markets in the near future, so it is necessary to show the strengths of its economy. Therefore Russia acts strategically correct.